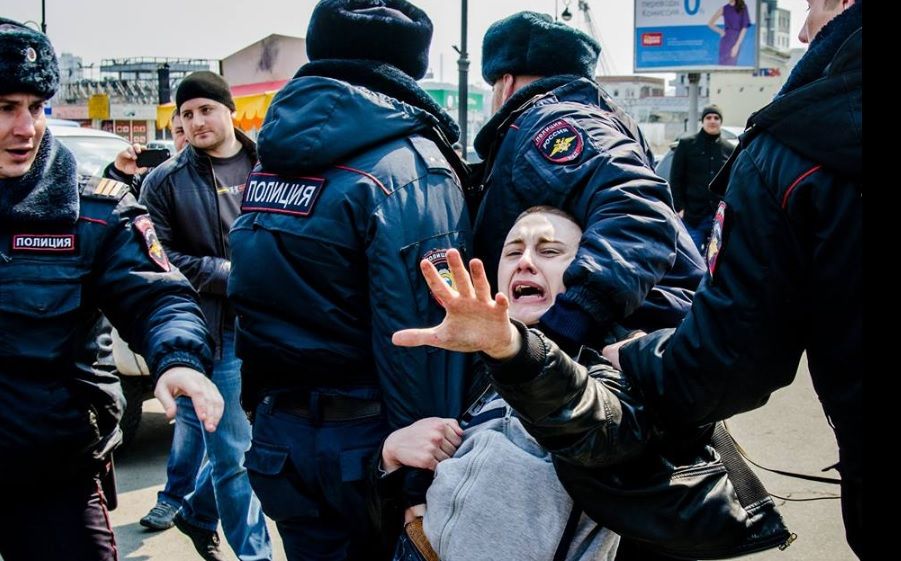 Several dozen Russian cities were to host a wave of protests this Sunday. In many cities, local authorities had not greenlight the rallies under various pretexts.

Read alsoLukashenko reports arrests of militants preparing armed provocation in Belarus According to the media, nearly a thousand people took to the streets in Vladivostok. Police cracked down on protesters right after the rally started, snatching the "most active" men and women from the crowd into police vans. Amid mass detentions, protests partially shifted to the street outside the police station, where the detainees had been taken.

If you see a spelling error on our site, select it and press Ctrl+Enter
Tags:RussiacorruptionprotestsMedvedev