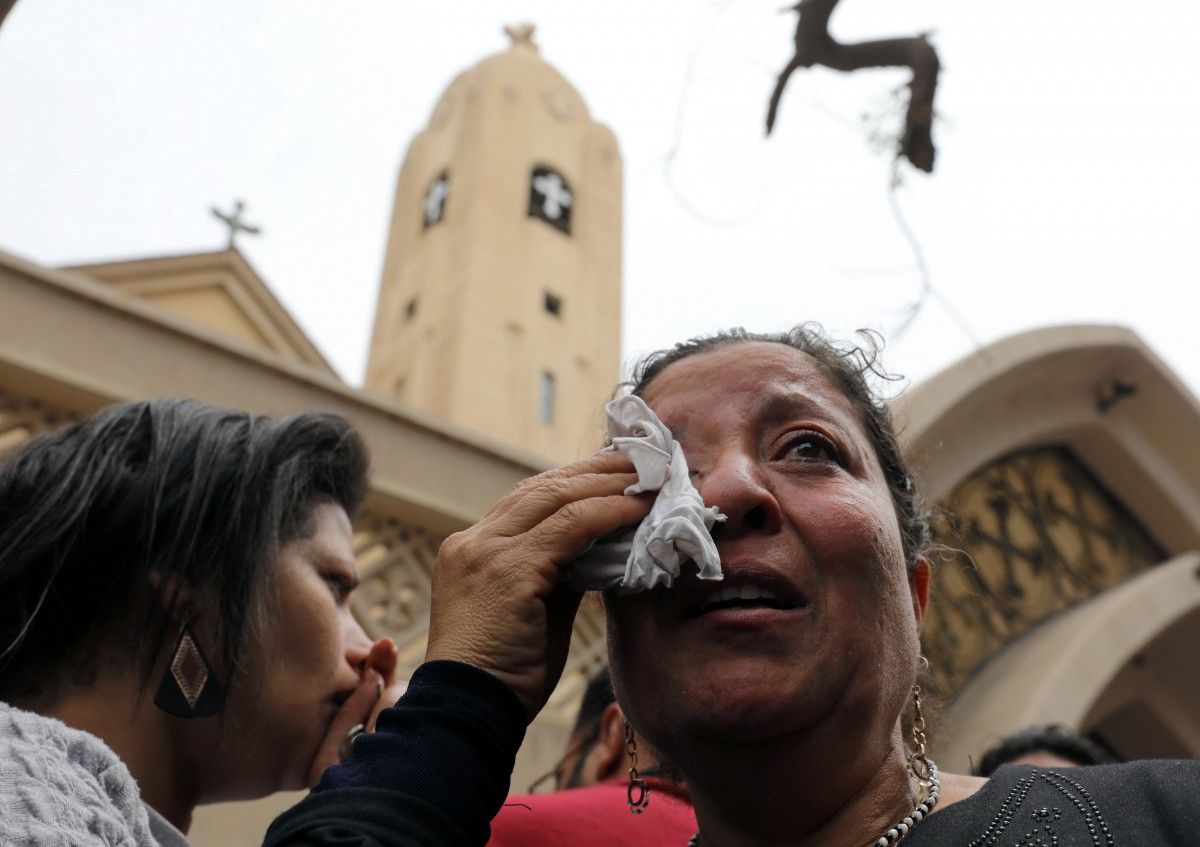 A suicide bomber killed at least two people and injured 21 in front of a church in Alexandria, Egypt on Sunday, state television said, according to Reuters.

Ukraine Foreign Minister Pavlo Klimkin has condemned the attacks, expressing support for the people of Egypt in his Twitter posting.

As UNIAN reported earlier, an explosion occurred outside a Coptic Christian church in the city of Tanta. Some reports say the attack took at least 21 lives.

If you see a spelling error on our site, select it and press Ctrl+Enter
Tags:EgyptKlimkinterroristattack