Police detain about 40 activists of "walk of opposition" in St. Petersburg 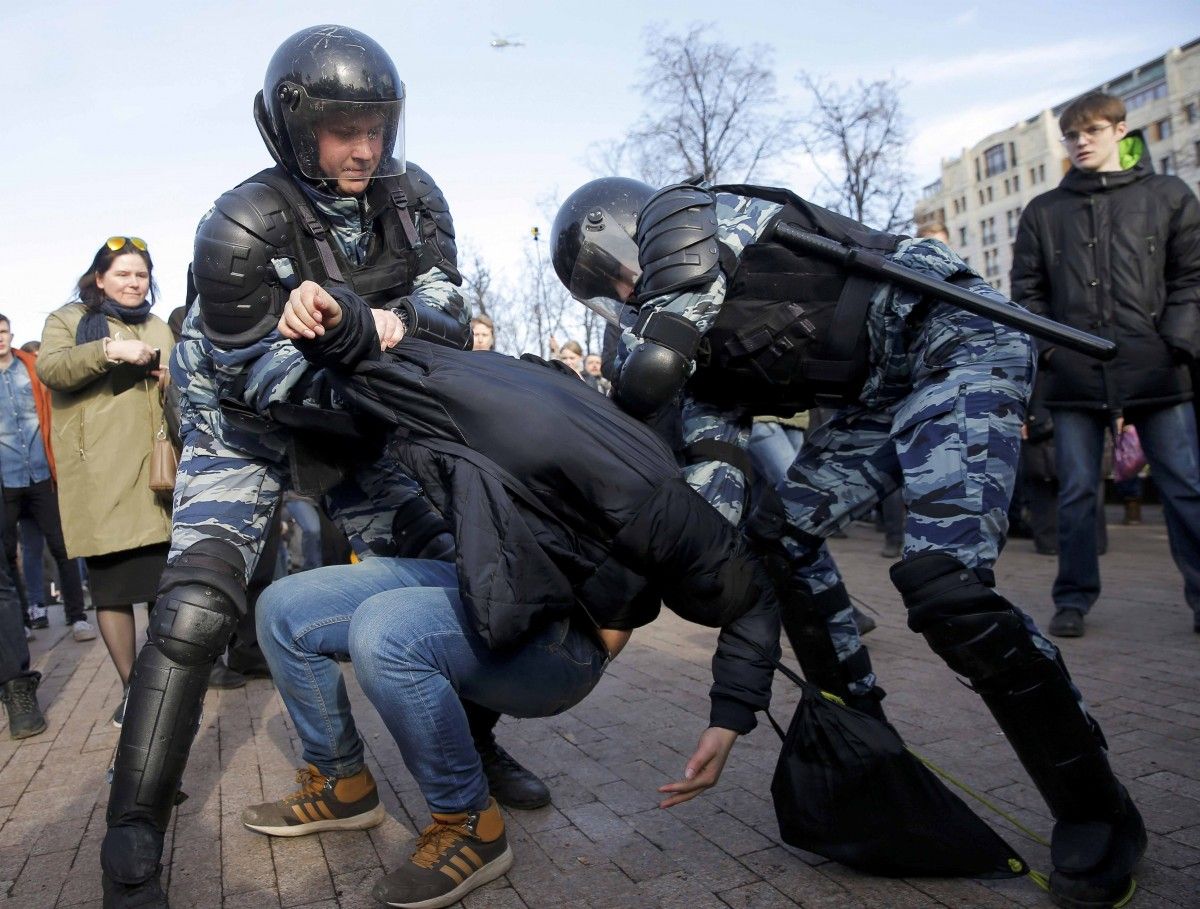 The activists did not chant anything or hold posters. However, when they approached the Palace Square, several dozens of police officers and prison vans had already been waiting for them, RFE/RL reports.

Read alsoRadio Liberty journalist detained in MoscowArseniy Vesnin, a journalist of Ekho Moskvy radio station, posted on Twitter that the police officers used force against the activists so that doctors carried one of the detainees on a stretcher into an ambulance.

The "walks of the opposition" are held in Moscow and St. Petersburg every Sunday. Today's rally in the capital was held without detentions, RFE/RL said.

If you see a spelling error on our site, select it and press Ctrl+Enter
Tags:Russiaopposition