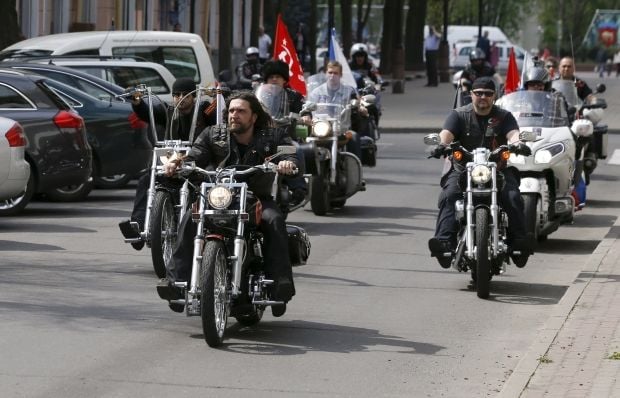 Some 30 people with Crimean Tatar, Ukrainian, the EU, NATO and the Czech Republic flags handed out leaflets to passers-by saying that the Night Wolves bikers supported the annexation of Crimea and the club is funded from the Russian state budget. The activists on Wenceslas Square were also holding a huge poster saying "Czechs are well aware of what the 'friendship' of Russia's rulers mean," RFE/RL reports.

This year the Czech authorities have not coordinated the route of the Night Wolves bikers along the central square of Prague. The motorcyclists conducted their main activities at the Olshansky cemetery, where they laid flowers to the graves of soldiers killed during the Second World War and prayed in the church.

Read alsoUkrainian interest. Sochi meeting, Strasbourg test, and "wolf" raid After Prague, the Night Wolves bikers intend to visit the Czech Republic World War II burial grounds in the city of Decin, and then they are going to visit Germany. Activists in Berlin plan to protest against their arrival as well. Previously, pro-Putin Night Wolves bikers were refused entry to Poland with a motocross to Berlin as they were suspected of extremism.

If you see a spelling error on our site, select it and press Ctrl+Enter
Tags:nightwolvesPragueactivists