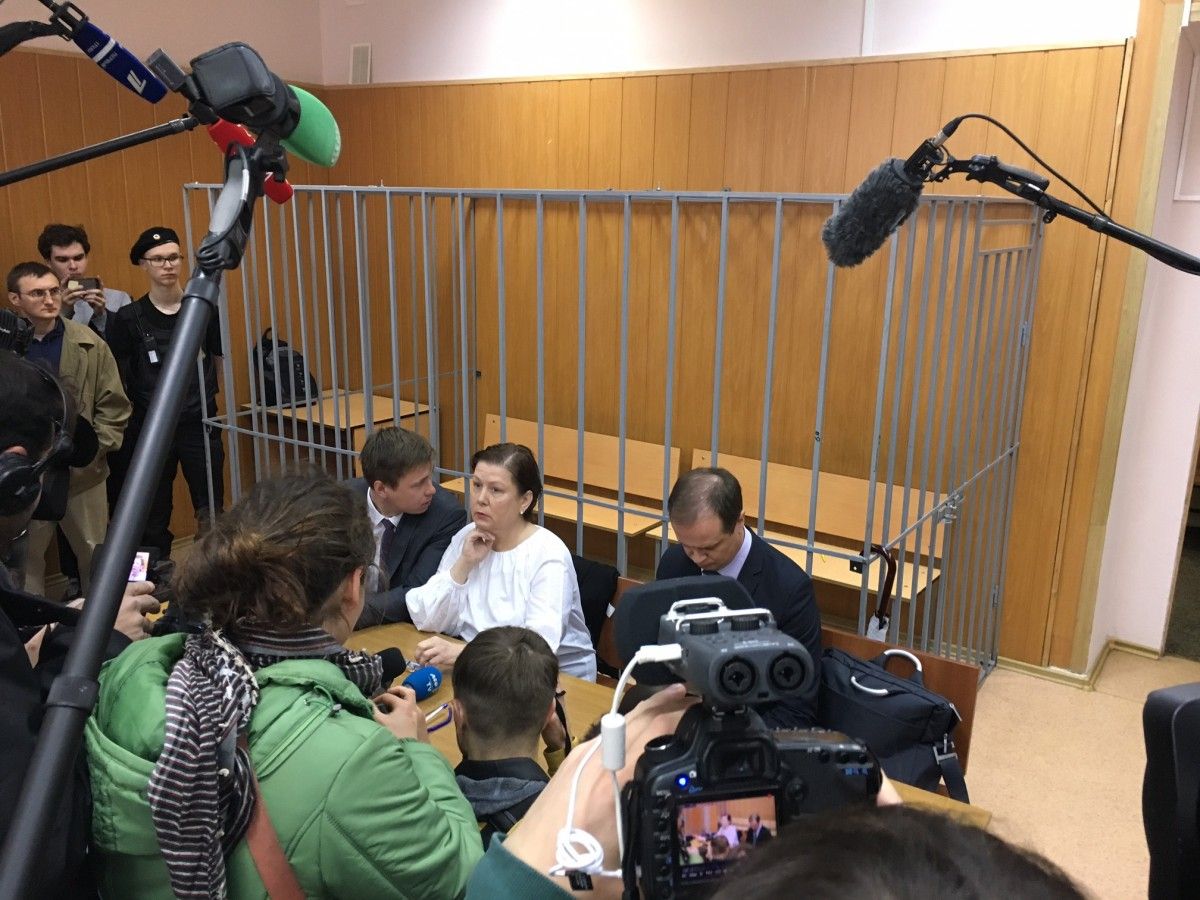 The sentence was announced by judge Yelena Gudoshnikova, who said that Sharina's guilt had been "proven completely."

The suspended sentence means that Sharina will not be imprisoned.

Russian prosecutors sought a five-year suspended sentence in connection with the fact that it was Sharina's first criminal proceedings. They also insisted on barring her from holding offices related to social and political activity in the next three years.

The defense, in turn, asked the court to free the defendant from charges on all counts.

The convict's age and state of health, as well as the absence of complaints from the place of residence were recognized by the court as circumstances that mitigated her guilt.

The judge also canceled the house arrest and took into account the period when Sharina was remanded in custody for almost two years.

Sharina was apprehended in October 2015 on accusations of inciting extremism and ethnic hatred because the collection of the Moscow-based Ukrainian library where she worked allegedly included Ukrainian ultranationalist books outlawed in Russia.

Investigators claimed that Sharina had bought ultranationalist UNA-UNSO author Dmytro Korchynskiy's books and put them on display at the library.

About 25 books were mentioned in the indictment.

In April 2016, the investigators charged her with misallocating library funds worth RUR 2.2 million, or US$38,800, allegedly because she used library funds to pay for her legal defense in another extremism case against her that was dismissed in 2013.

Read alsoUkrainian librarian under Russian house arrest takes case to court of human rights – The GuardianSharina was placed under house arrest, which was repeatedly extended by the court.

She rejected all the allegations against her as politically motivated, and her lawyer said the Russian authorities had "trumped up" new charges after realizing their initial case against his client was insubstantial.

Head of the library's purchase department Tatyana Muntyan suggested that the investigators had planted the books as fake evidence as they did not carry the library's stamps.