Lithuania has began constructing a two-meter high wire fence along its border with the Russian exclave of Kaliningrad ahead of military exercises Moscow is planning to hold there in September, according to Reuters. 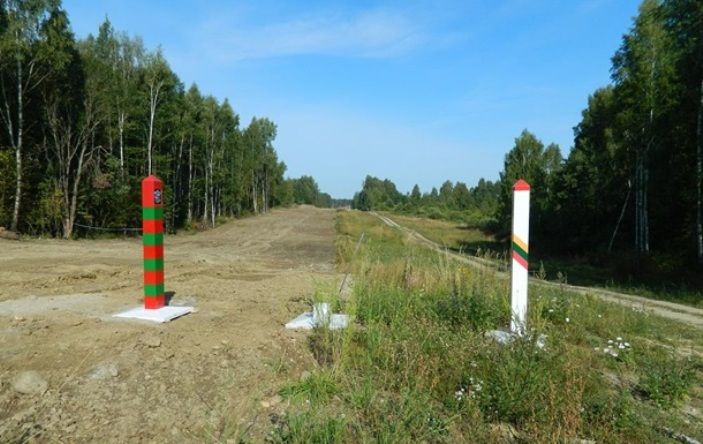 While the 45-km-long (30 mile) fence will provide little defense against a full-scale attack, it aims to prevent provocations and incidents, Lithuanian Interior Minister Eimutis Misiunas said on Monday, Reuters reported.

"In order to avoid such situations, we decided we need the fence", Misiunas said at the groundbreaking ceremony.

For Lithuania and other Baltic republics, which won their independence from Moscow in 1991 but remain home to ethnic Russian minorities, any massing of Russian troops near their borders spreads concern, especially since the 2014 annexation of Ukraine's Crimea peninsula by Moscow.

Read alsoUkraine adequately reacts to Russia's snap combat readiness drills on bordersAlthough Russia has not disclosed the size of the Zapad (West) exercises that it holds every four years on its western borders, analysts have said that this year's drill may be the largest in quarter of a century, with a movement of about 100,000 Russian troops expected.

The recent deployment of 1,000 NATO troops to Poland and each of the Baltic states has unnerved Moscow, which had warned in January that it was a bad idea.

The United States will have doubled its troops in the region for the duration of the military exercises, an official told Reuters, speaking on condition of anonymity.

In July, the U.S. Patriot surface-to-air missile (SAM) missile battery will be deployed in Lithuania for two weeks in July, for the first time in the region where Russia has air superiority.

The fence, which is to cost 3.6 million euros, is to define clearly the geographical border between Kaliningrad and Lithuania. Surveillance equipment installed alongside will give an early warning of any violation, the minister said.

If you see a spelling error on our site, select it and press Ctrl+Enter
Tags: #Russia#border#Kaliningrad#fence
Latest news