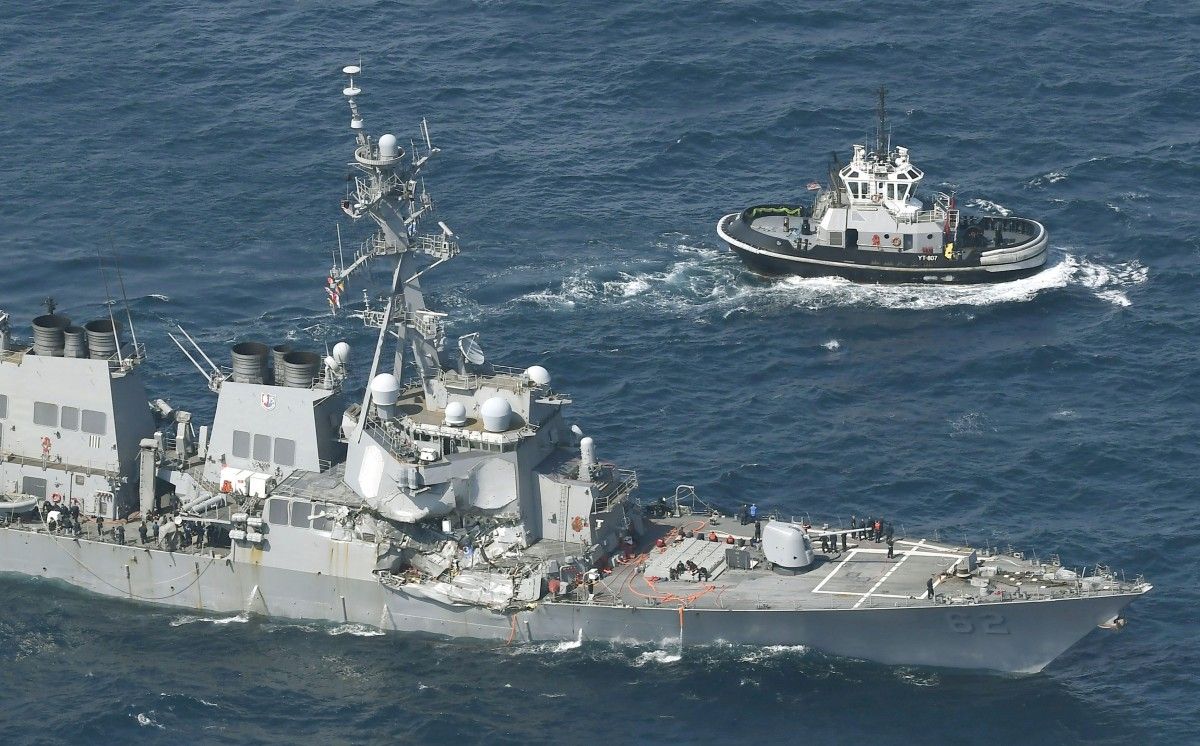 An earlier Navy statement had said the bodies of several sailors were found in the berthing compartments inside the guided missile destroyer but U.S. Seventh fleet Commander Vice Admiral Joseph Aucoin declined to say how many, Reuters reports.

The search at sea has been called off, he told a news conference at Yokosuka naval base.

Aucoin said the USS Fitzgerald could have foundered, or even sunk, but for the crew's desperate efforts to save the ship.

"The damage was significant. There was a big gash under the water," Aucoin said.

"A significant portion of the crew was sleeping" when the destroyer collided with the Philippine-flagged container ship, destroying the commander's cabin, he said.

Japanese media said all seven of the sailors who had been reported missing were found dead.

The U.S. Seventh Fleet said in a statement earlier on Sunday: "Divers were able to access the space and found a number of bodies." They were transferred to a U.S. naval hospital for identification, it said.

"The families are being notified and being provided the support they need during this difficult time," it said.

Three people were medically evacuated to the U.S. Naval Hospital in Yokosuka after the collision, including the ship's commanding officer, Commander Bryce Benson, who was reported to be in stable condition, the Navy said.

The other two were being treated for lacerations and bruises.

The USS Fitzgerald sailed into port on Saturday evening, listing around 5 degrees, a U.S. Navy spokesman in Yokosuka said. The flooding was in two berthing compartments, the radio room and auxiliary machine room, he said.

There were 285 crew onboard, the spokesman said.

Benson took command of the Fitzgerald on May 13. He had previously commanded a minesweeper based in Sasebo in western Japan.

It was unclear how the collision happened. "Once an investigation is complete then any legal issues can be addressed," a spokesman for the U.S. Seventh Fleet said.

Japanese authorities were looking into the possibility of "endangerment of traffic caused by professional negligence", Japanese media reported, but it was not clear whether that might apply to either or both of the vessels.

Japan's Nippon Yusen KK, which charters the container ship, ACX Crystal, said in a statement on Saturday it would "cooperate fully" with the Coast Guard's investigation of the incident.

None of the 20 crew members aboard the container ship, all Filipino, were injured, and the ship was not leaking oil, Nippon Yusen said. The ship arrived at Tokyo Bay later on Saturday.

If you see a spelling error on our site, select it and press Ctrl+Enter
Tags:Navyshipcollision