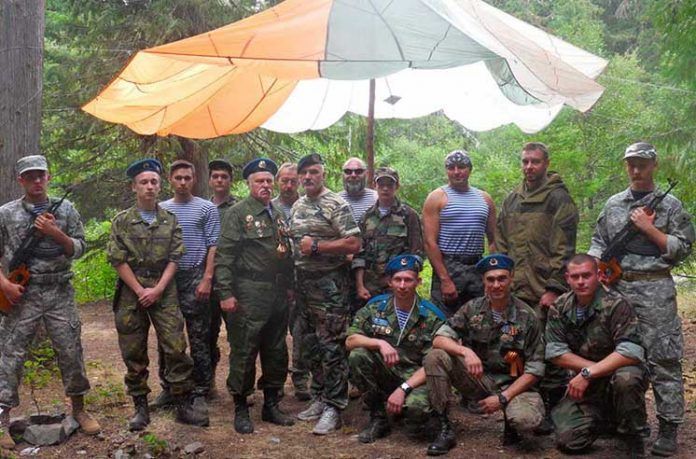 In an article published this week it is reported that “employees of Russian consulates … are involved in the creation of a network of pro-Russian militarized youth detachments on the territory of the United States,” Paul Globe says.

Some of the stories that Gurzhiy offers suggest that the Russian diplomats on the west coast of the United States and oligarchs living in Florida cross lines that should not be crossed and suggest intentions on the part of Moscow that are worrisome in the extreme.

Many Russian social and youth groups in the U.S., the émigré journalist writes, “instantly fall under the direct influence and often are created and financed by employees of the Russian émigré, the consulate generals of the Russian Federation and other diplomatic agencies” that include on at least some occasions visits by Rosmolodezh staffers from Moscow.

Many émigré organizations are hostile to the Russian government but some are not, and this often leads to curious developments. In one Russian youth camp near Seattle, Washington, a Russian Orthodox priest delivered his message in front of a red banner with the Soviet symbols of the hammer and sickle. 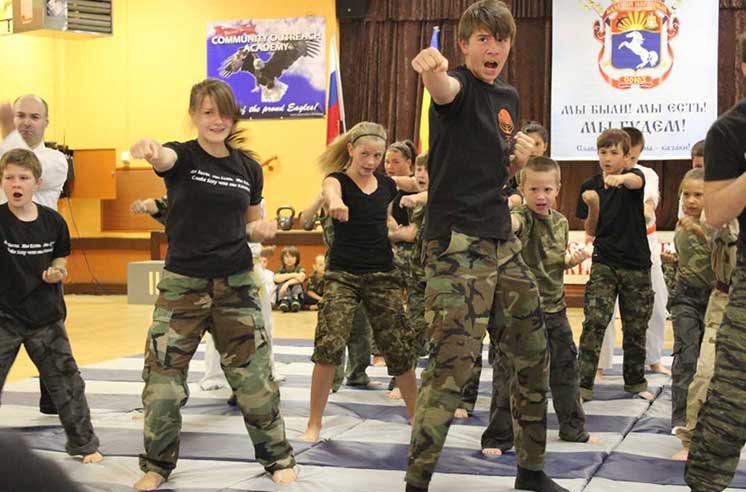 In other cases, some Russian Cossack groups in California have organized what they call “boot camps” to provide sports and military training for young Russian emigres.

And some emigres who were opposed to Moscow while in Russia now are openly supportive. In one case, Russian Pentecostals who refused to serve in the Russian armed forces and received asylum in the U.S. on the basis of the problems that caused them while in their homeland are engaged in the military training of their children now that they are in the U.S.

Gurzhiy points as well to the way some Russian groups have created charter schools to promote their ideas, simultaneously getting money from the state government and providing ideological training hostile to the U.S.  Among such institutions in California are the Community Outreach Academy and the Futures High School, whose organizers officials at the Russian consulate general in San Francisco have praised.

The Sacramento journalist also points to an odd development in Florida. There Russian oligarchs have put money into a Russian bikers club known as Spetsnaz. This has attracted more attention because some of the oligarchs involved have invested in Trump properties.

The bikers use a symbol resembling that of the FSB and have relations with both Putin’s Night Wolves in Russia and some U.S. law enforcement agencies.

Gurzhiy ends his article with a truly provocative reference. He notes that newly appointed Russian ambassador to the U.S., Anatoly Antonov, was earlier awarded the Russian medal “For the Return of Crimea” given to those most directly involved in Putin’s Crimean Anschluss in 2014.

And he points out that in the Crimean city of Evpatoria, the Russian occupiers set up a monument which includes a call for future generations of Russians to act elsewhere as their ancestors have in Crimea. “We returned Crimea,” it says. “You must return Alaska!”

If you see a spelling error on our site, select it and press Ctrl+Enter
Tags:RussiaUSAcommunitytraininginfluencediplomatsdiaspora