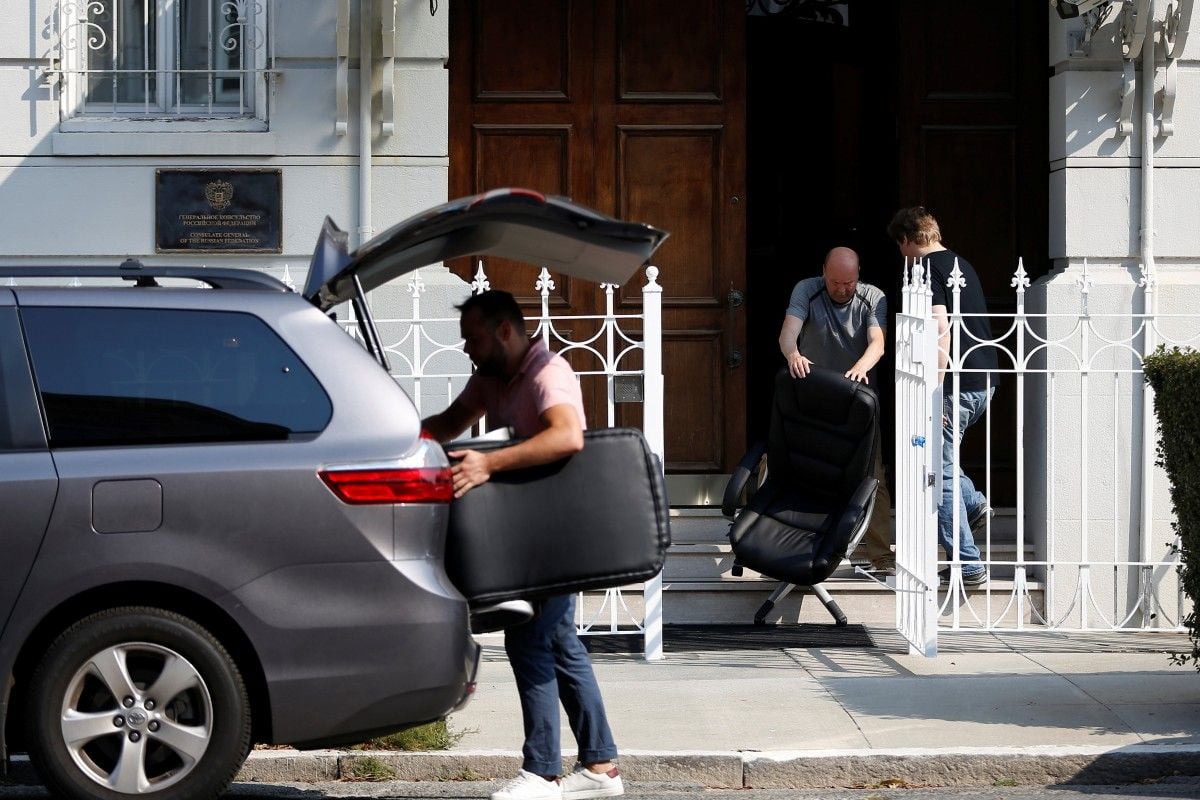 "We urge the U.S. authorities to come to their senses and to immediately return the Russian diplomatic facilities," the Russian Foreign Ministry said on September 3, according to RFE/RL. "Otherwise the U.S.A. will bear the total blame for the ongoing degradation of the relations between our countries."

Read alsoWashington orders Russia to close consulate after Kremlin cut U.S. presenceThere was no immediate comment from the U.S. administration.

But U.S. officials say the United States has taken no improper diplomatic or law enforcement action in connection with an order for Russia to vacate the Russian Consulate in San Francisco, as well as two other diplomatic buildings in Washington, D.C., and New York that are used as trade representations, by September 2.

The State Department said it will control all access to the San Francisco Consulate as well as two other diplomatic buildings in Washington and New York, and take responsibility for security and maintenance at the sites.

Descriptions from the Russian and U.S. sides differed on what happened at one of the U.S. sites -- the Washington trade annex -- as the local deadline passed.

Moscow claimed U.S. officials had threatened to "break down the entrance door" and that the U.S. Federal Bureau of Investigation (FBI) was "clearing the premises."

The Foreign Ministry summoned Anthony Godfrey, deputy chief of mission at the U.S. Embassy in Moscow, to issue its protest at what it called an "unprecedented aggressive action" at the facility.

"These inspections were carried out to secure and protect the facilities and to confirm the Russian government had vacated the premises," a State Department official said in an e-mail statement.

The Russian Foreign Ministry claimed that the search of the Washington site could be used by U.S. special services for "anti-Russian provocations" by "planting compromised items."

U.S. authorities have not publicly confirmed that they intend to search the premises.

In an apparent response to complaints from Russian officials that they were given only 48 hours to vacate homes used by diplomats and their families in San Francisco, U.S. officials said they had made "separate arrangements" to give families "sufficient time" to pack belongings and vacate apartments on the consulate grounds.

Russian Foreign Minister Sergei Lavrov last week said his country would study the U.S. order to close the compounds and would decide later on its response.

If you see a spelling error on our site, select it and press Ctrl+Enter
Tags:RussiaUSAdiplomacyclosureresponse