Death toll from blast in Somalia's capital rises to 189 – AP 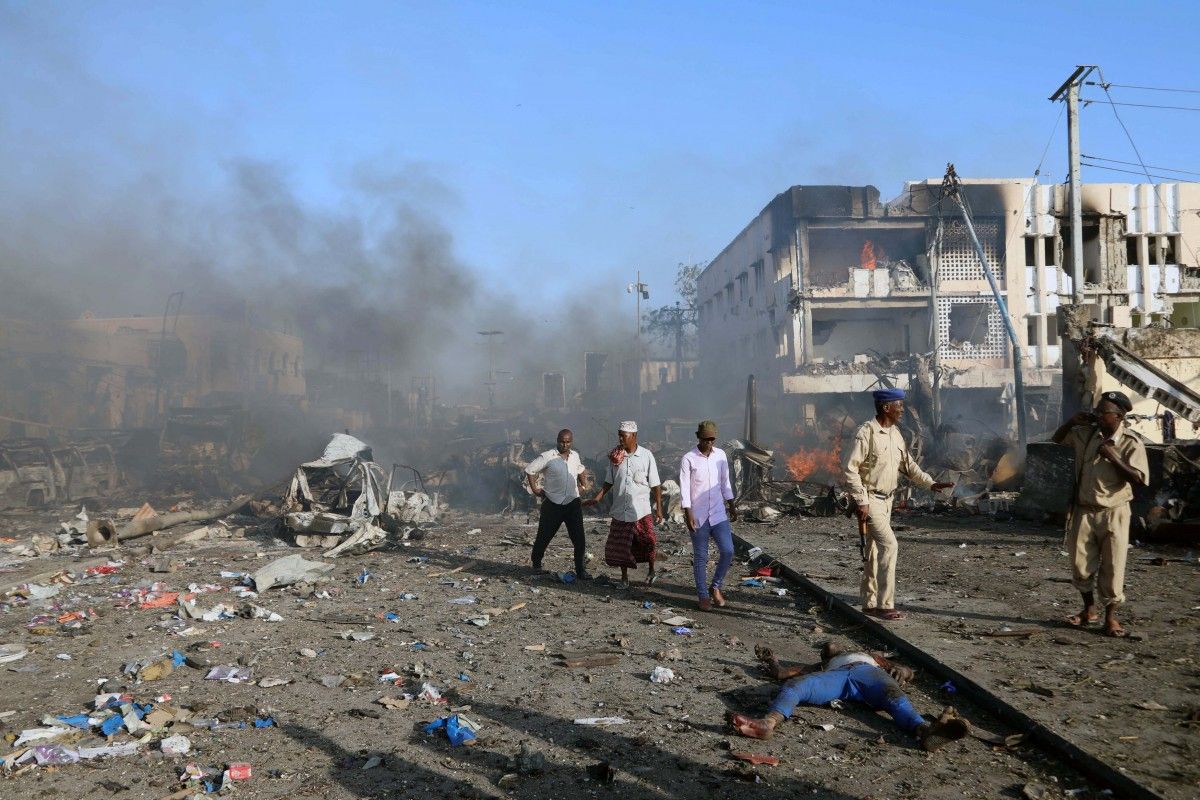 Doctors struggled to assist horrifically wounded victims, many burnt beyond recognition. Officials feared the toll would continue to climb from Saturday's truck bomb that targeted a busy street near key ministries, AP reports.

Ambulance sirens still echoed across the city as bewildered families wandered in the rubble of buildings, looking for missing relatives. "In our 10 year experience as the first responder in #Mogadishu, we haven't seen anything like this," the Aamin Ambulance service tweeted.

Overnight, rescue workers with flashlights searched for survivors trapped under the rubble of the largely destroyed Safari Hotel, which is close to Somalia's foreign ministry. The explosion blew off metal gates and blast walls erected outside the hotel.

Read alsoBlasts, gunfire hit hotel in Somalia's MogadishuSomalia's government has blamed the al-Qaida-linked al-Shabab extremist group for the attack it called a "national disaster." However, al-Shabab, which often targets high-profile areas of the capital with bombings, had yet to comment.

"They don't care about the lives of Somali people, mothers, fathers and children," Prime Minister Hassan Ali Khaire said. "They have targeted the most populated area in Mogadishu, killing only civilians."

Somalia's information minister, Abdirahman Omar, said the blast was the largest the city had ever seen. "It's a sad day. This how merciless and brutal they are, and we have to unite against them," he said, speaking to the state-run radio station. 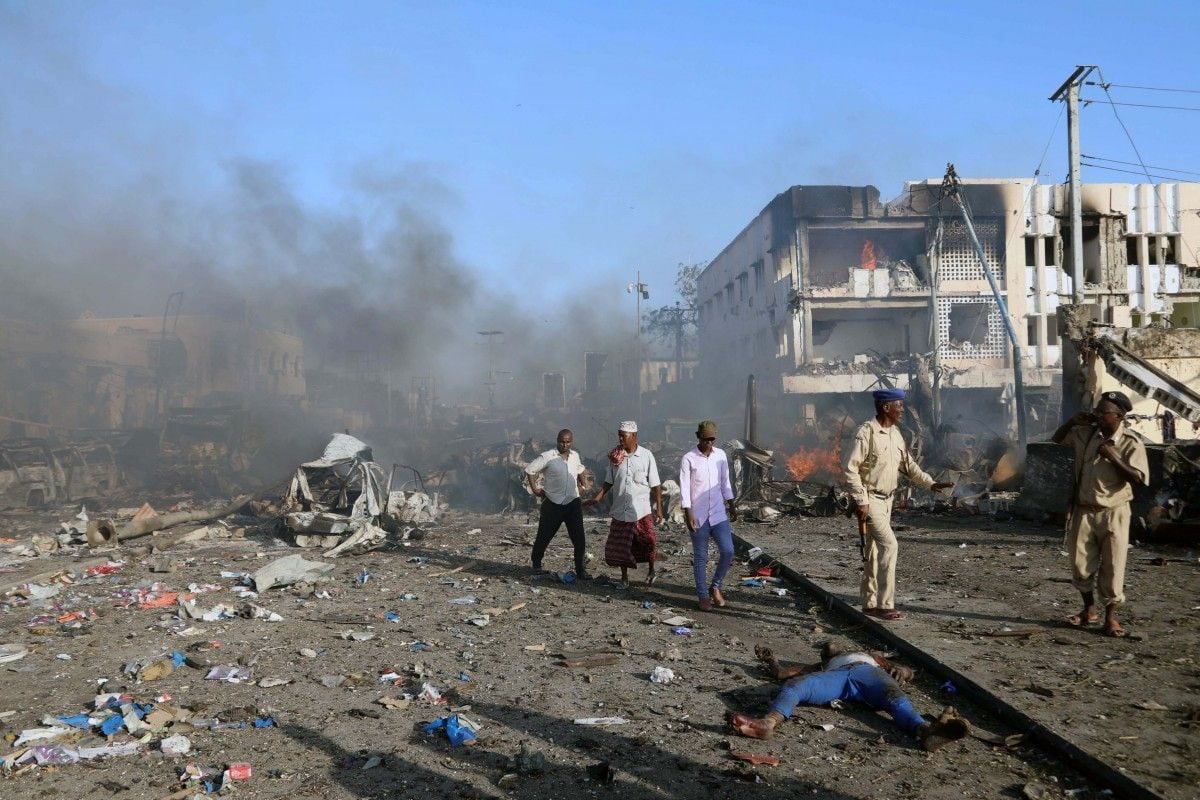 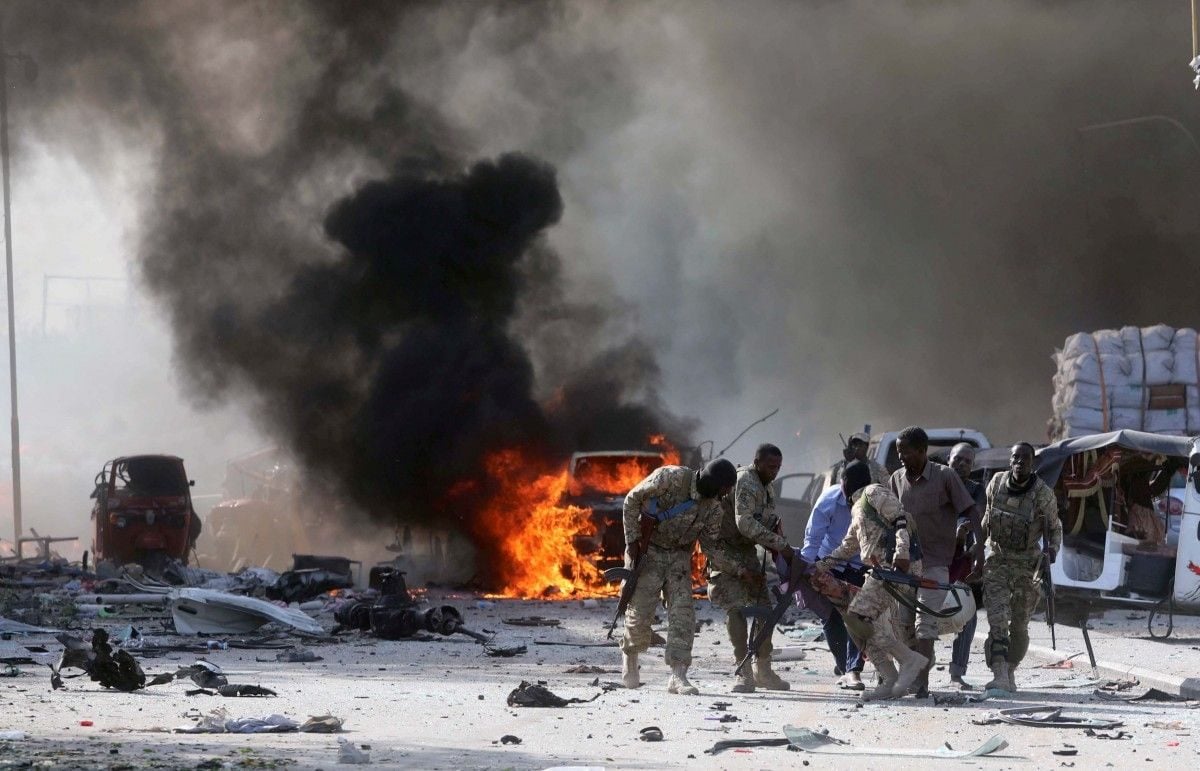 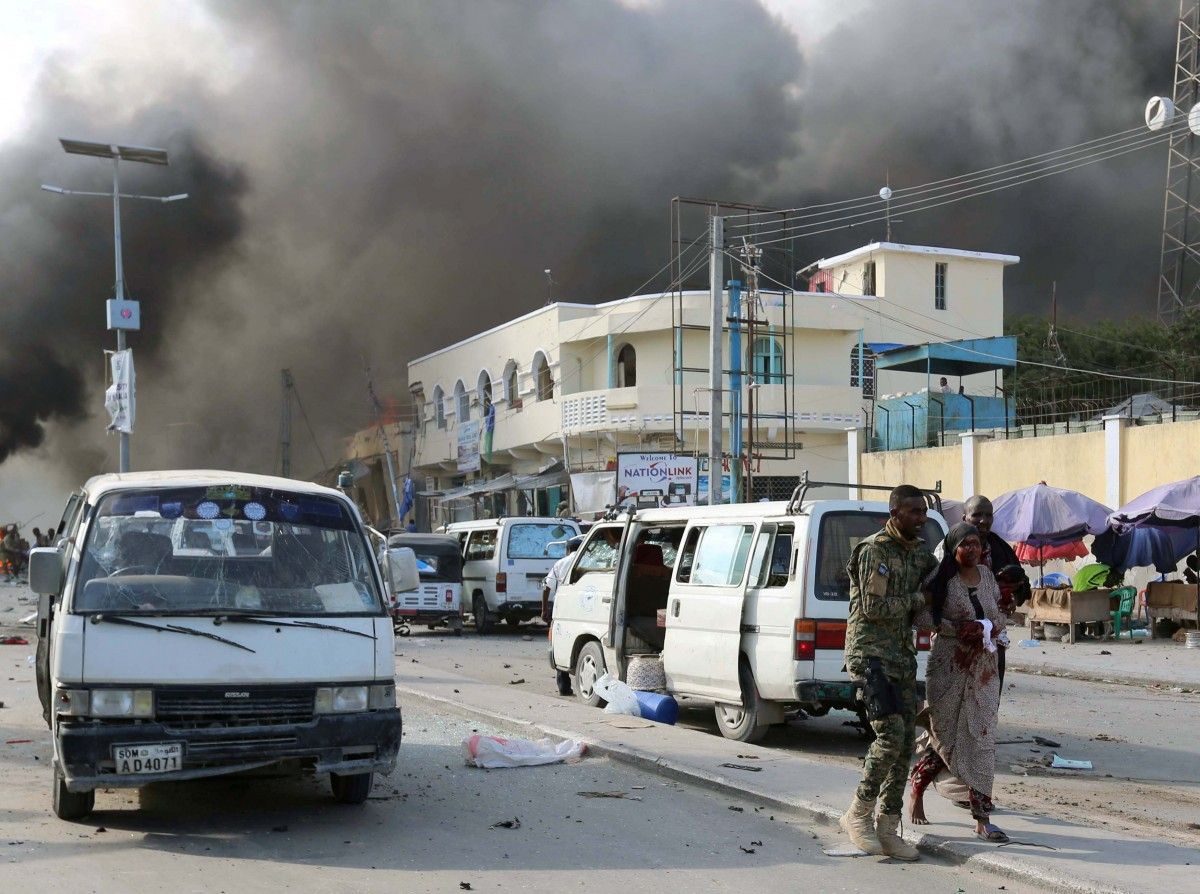 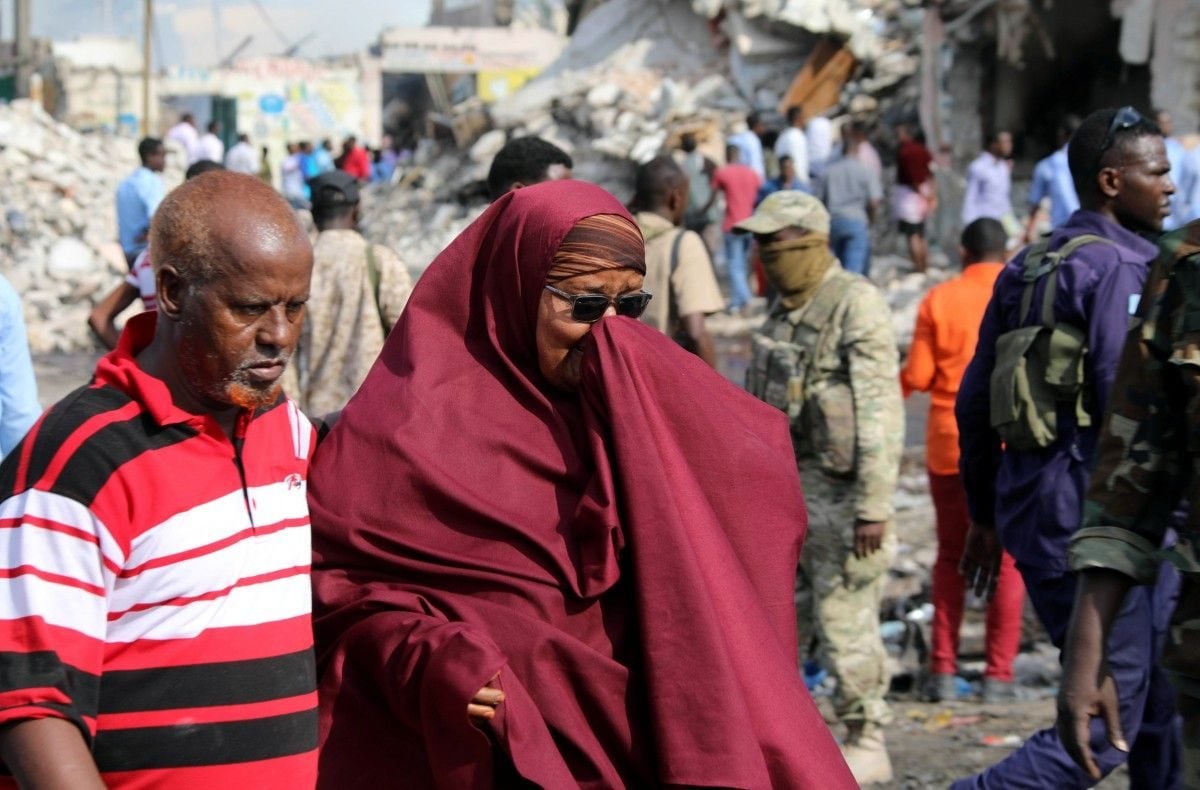 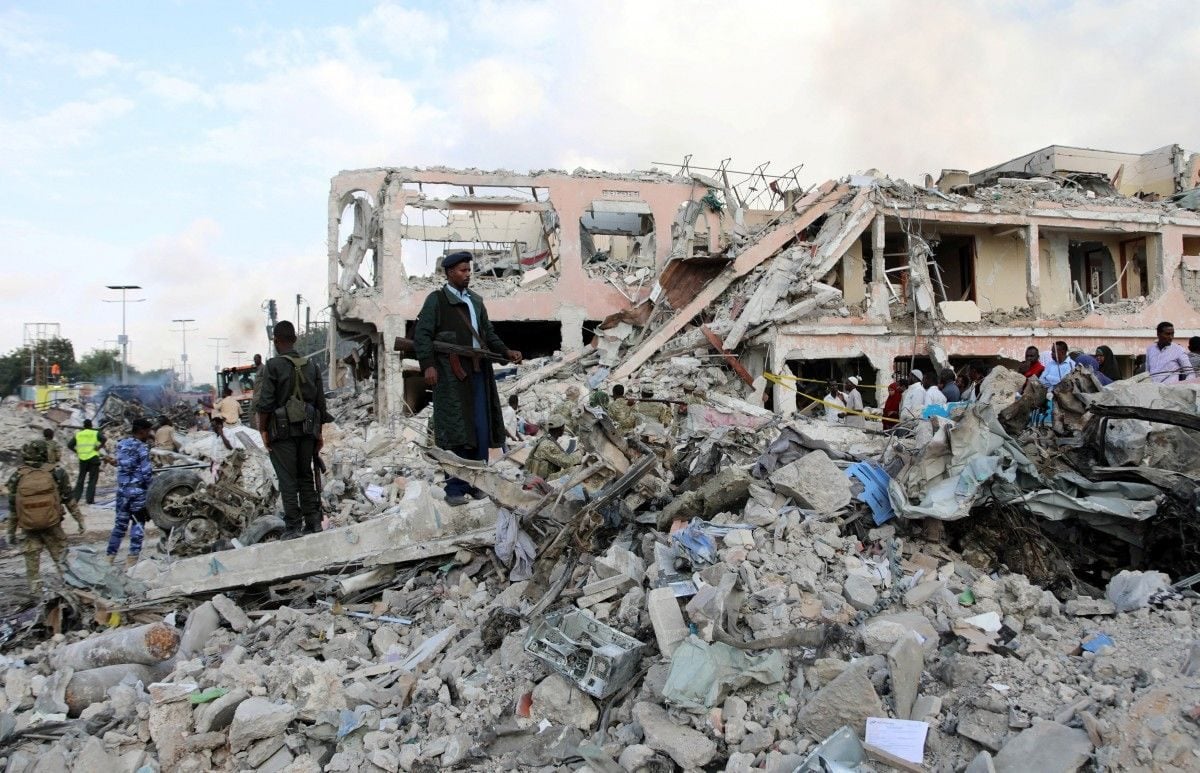 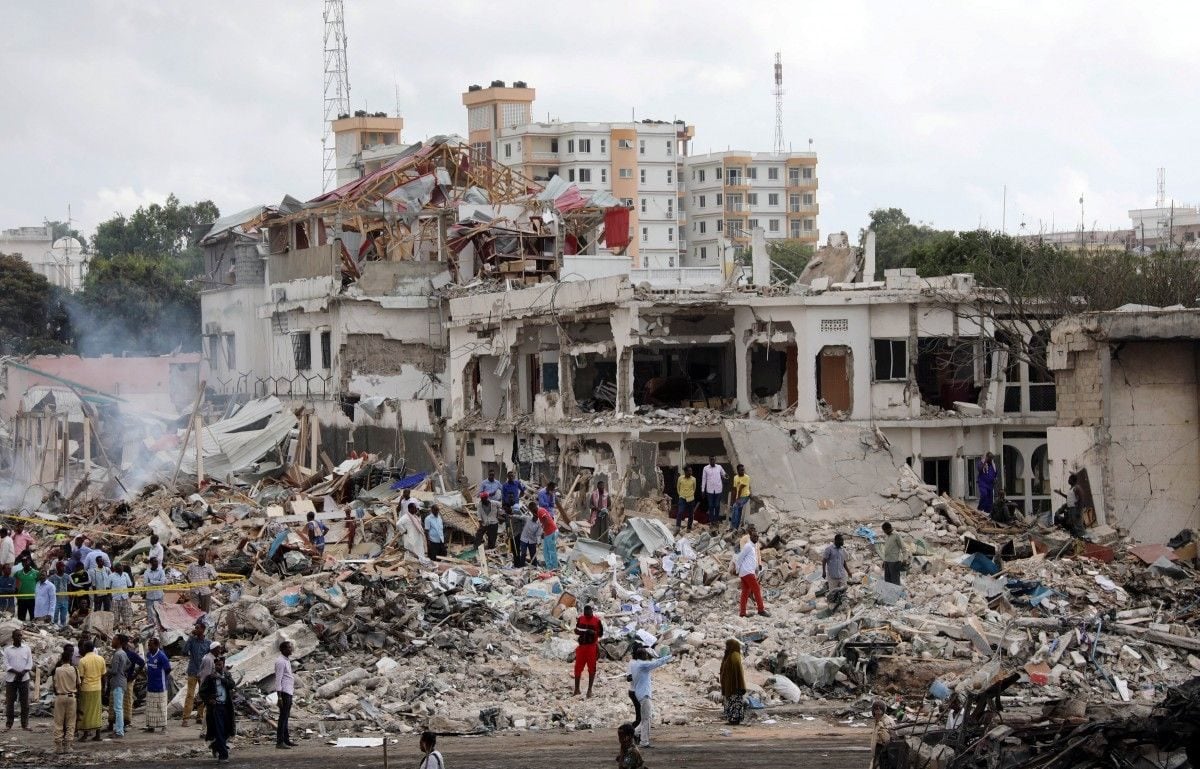 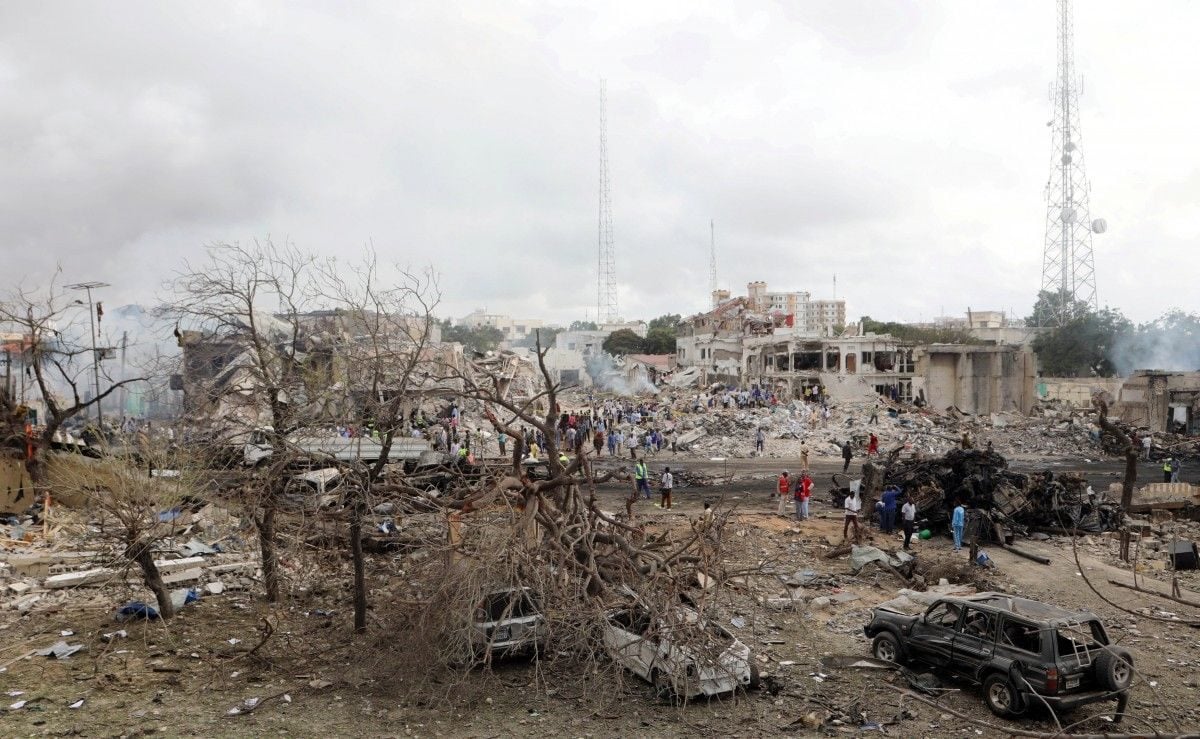 The United States joined the condemnation, saying "such cowardly attacks reinvigorate the commitment of the United States to assist our Somali and African Union partners to combat the scourge of terrorism."

The U.S. military has stepped up drone strikes and other efforts this year against al-Shabab, which is also fighting the Somali military and over 20,000 African Union forces in the country.

If you see a spelling error on our site, select it and press Ctrl+Enter
Tags:terrorismbombblastdeathtoll