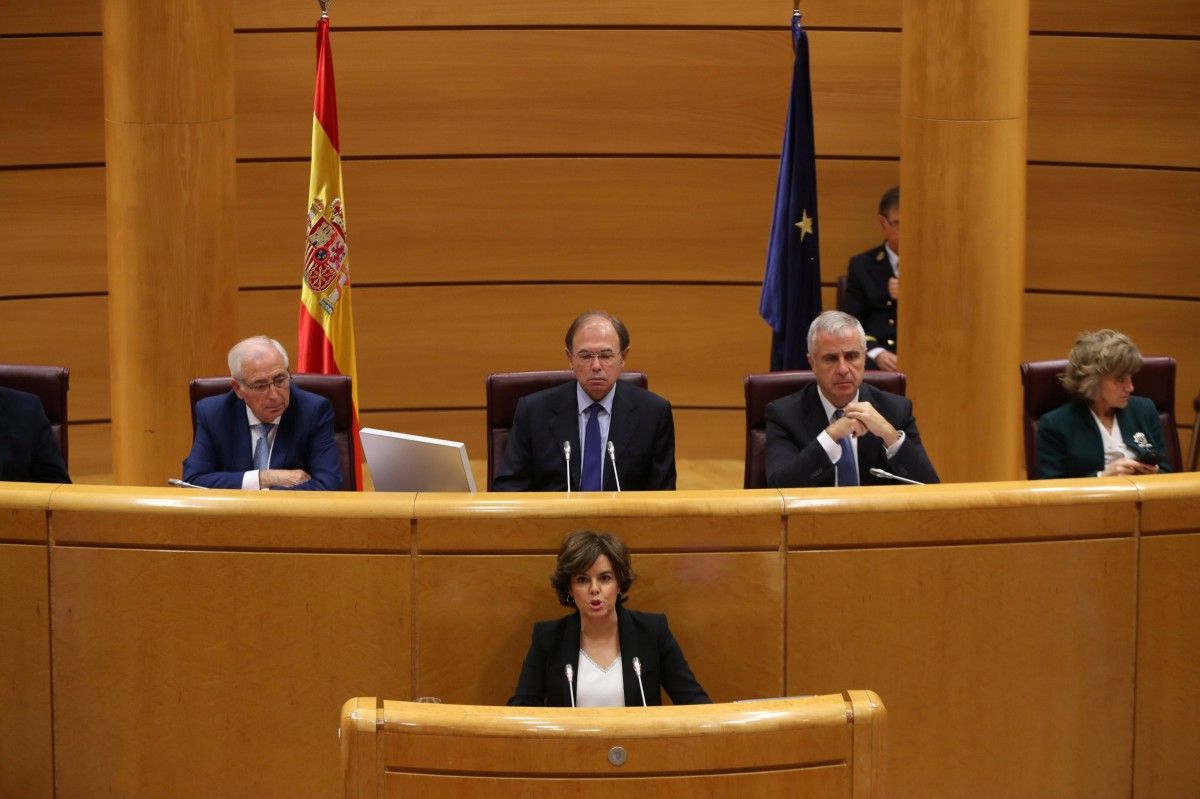 There were 214 votes in favor and 47 against, the BBC reported.

Mr. Rajoy is now expected to hold a cabinet meeting and decide what measures to take.

It could include the firing of Catalan leaders, and the Spanish government taking control of the region's finances, police and publicly owned media.

As UNIAN reported earlier, on Friday afternoon, Catalan MPs voted for independence by a margin of 70 votes to 10.

If you see a spelling error on our site, select it and press Ctrl+Enter
Tags:SpainindependenceCatalonia