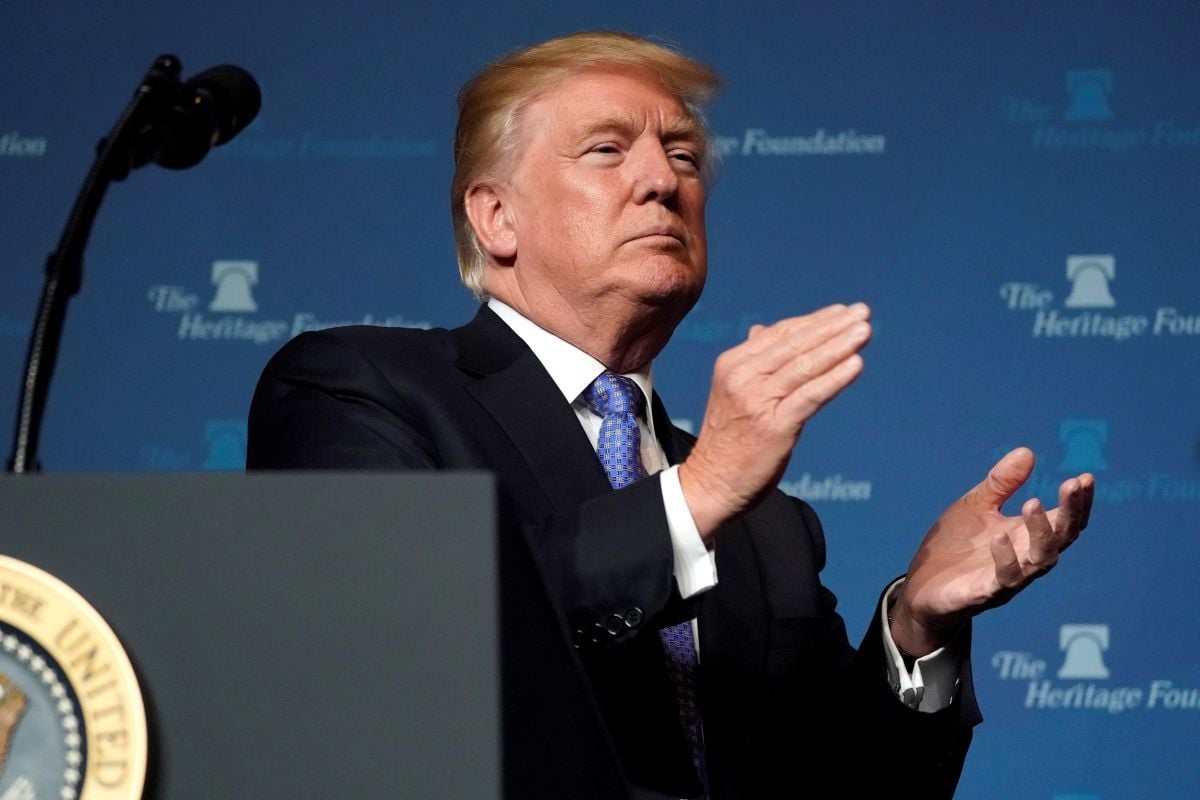 The National Security Council decided during a meeting on Tuesday to greenlight the presentation of a $47 million grant package to the Ukrainian government to purchase American defense arms, including the powerful Javelin anti-tank missiles, ABC News reported.

The president and Congress must approve the sale of anti-tank missiles. The Javelin, a portable missile with a steep price-tag, has been described as "The American Military's Anti-Tank Killer."

If Trump approves the arms deal, it would be a major shift from the party platform on sending lethal weapons to Ukraine, which was amended when Trump was the party's nominee for president, from supporting "lethal defensive arms" to Ukraine to the more vague "appropriate assistance" – language that ran counter to the perspective of many of the organization's Republicans.

"They softened it, I heard, but I was not involved," Trump said of his campaign in an interview with ABC News's George Stephanopoulos at the time, before adding, "The people of Crimea, from what I've heard, would rather be with Russia than where they were."

Read alsoU.S. Senate approves defense policy bill to provide $350 mln for UkraineTrump's then-campaign chairman, Paul Manafort, had worked for years for the pro-Russian Ukrainian President Viktor Yanukovych, who was expelled in a popular uprising in 2014.

Russia invaded Crimea and sent troops and arms into eastern Ukraine shortly after his ouster, leading to a conflict that rages on to this day. The Obama administration never provided arms assistance to Ukraine in response.

A former Trump White House official and adviser to the president expressed concern to ABC News that arming Ukraine would inflame tensions in the region and aggravate America's fragile relationship with Russia.

Secretary of State Rex Tillerson and Defense Secretary Gen. James Mattis have been in discussions since June about how to best make the sale. They strongly recommended the decision to finance and sell anti-tank missiles to Ukraine above two other options that would aid in the arming of Ukraine.

The State Department official added that, in the upcoming weeks, there will be a meeting to discuss the public messaging on the sale — feedback that will be included in the eventual decision.

But a White House official cautioned that they are not ready to make their decision public.

"We have no announcement at this time," National Security Council spokesperson Michael Anton told ABC News in an email.

The State Department was equally non-committal. "The United States has neither provided defensive weapons nor ruled out the option of doing so," a State Department spokesperson told ABC News.

Read alsoUkraine's envoy to U.S. reveals details of U.S. $350 mln aidUkrainian officials have been publicly optimistic about relations with the United States.

"We are really satisfied with the acceleration of U.S.-Ukraine relations at the moment," Artur Gerasymov, a member of the Ukrainian parliament and chairman of a military subcommittee, told the publication Foreign Policy in late October.

Mattis stressed the administration's desire to strengthen ties with Ukraine in an August press conference in Kyiv with President Petro Poroshenko.

He added, at the time, that U.S. military leadership has been reviewing the American position on providing defensive lethal weapons.

"I would also point out that, on the defensive lethal weapons ... we are actively reviewing it," Mattis said. "I will go back, now, having seen the current situation, and be able to inform the secretary of state and the president in very specific terms what I recommend for the direction ahead."

If you see a spelling error on our site, select it and press Ctrl+Enter
Tags:UkraineTrumparmsdefenseaidlethalweapons