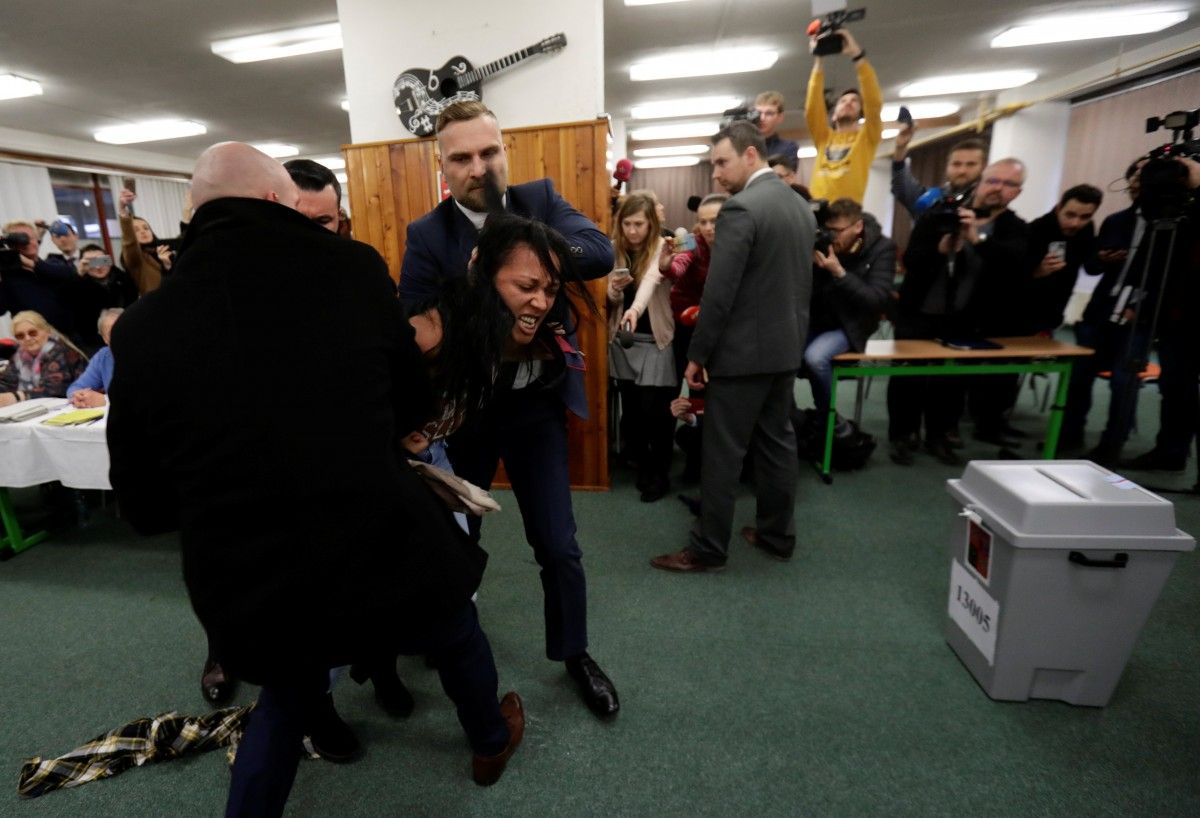 The woman ran from a crowd of reporters at the Prague polling station and stood directly in front of Zeman, 73, who was preparing to present his identification to the election commission, Reuters reported.

She threw her hands in the air, exposing the same slogan written across her chest before the president's bodyguards immediately knocked her to the floor.

Femen, an international feminist group that originated in Ukraine, said on its website the woman was Ukrainian citizen Angelina Diash.

Zeman was quickly escorted out and returned to cast his vote shortly afterwards.

"As you can see, my security detail works quite well because she did not get to me," a smiling Zeman said upon his return.

Zeman is the favorite in the election in the former communist country thanks to his anti-immigration views, but he has split society in the EU and NATO member state by focusing on keeping warm relations with Russia and China. 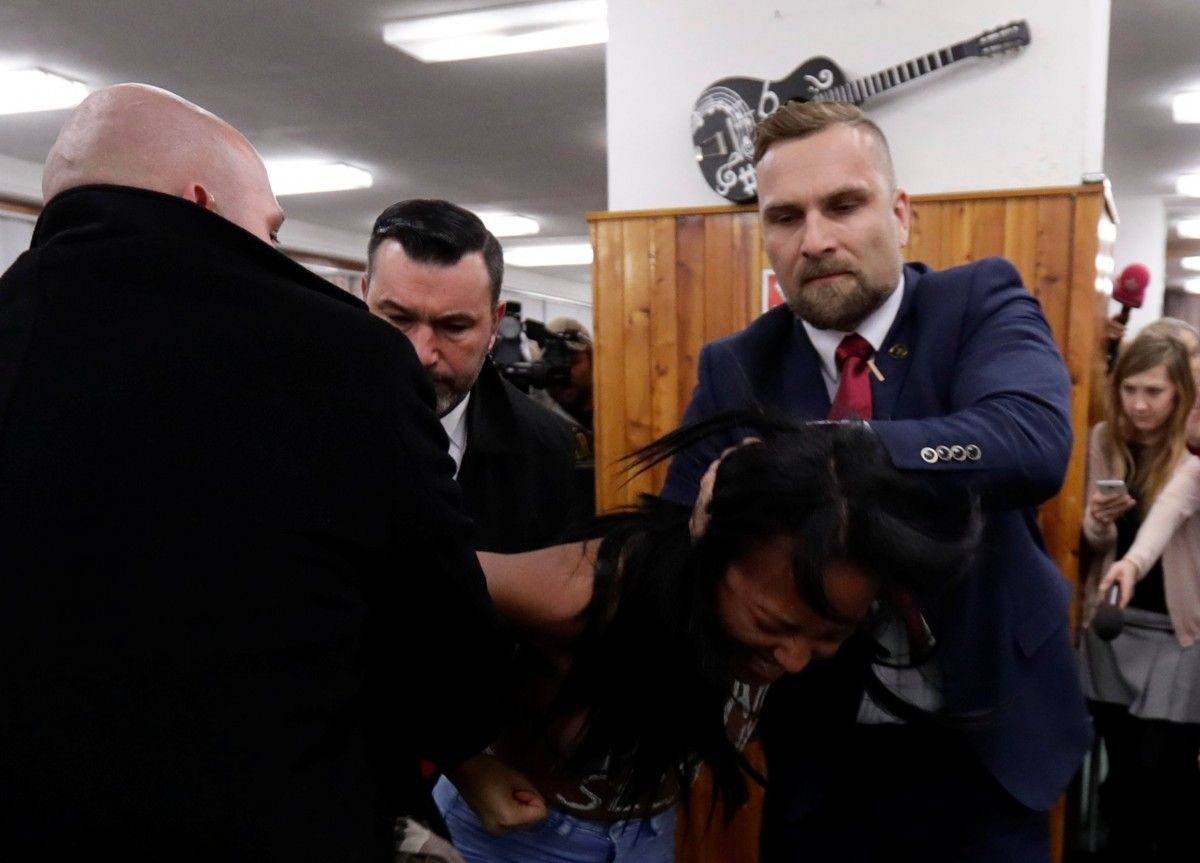 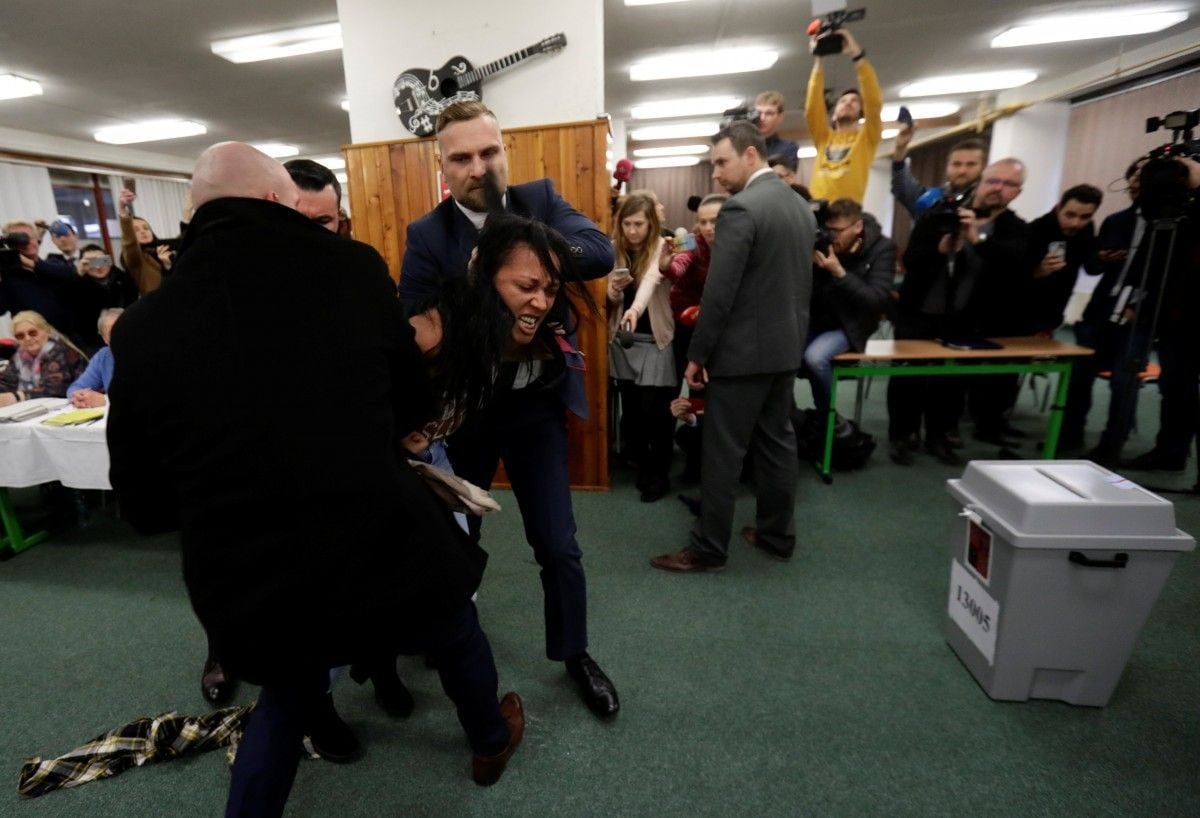 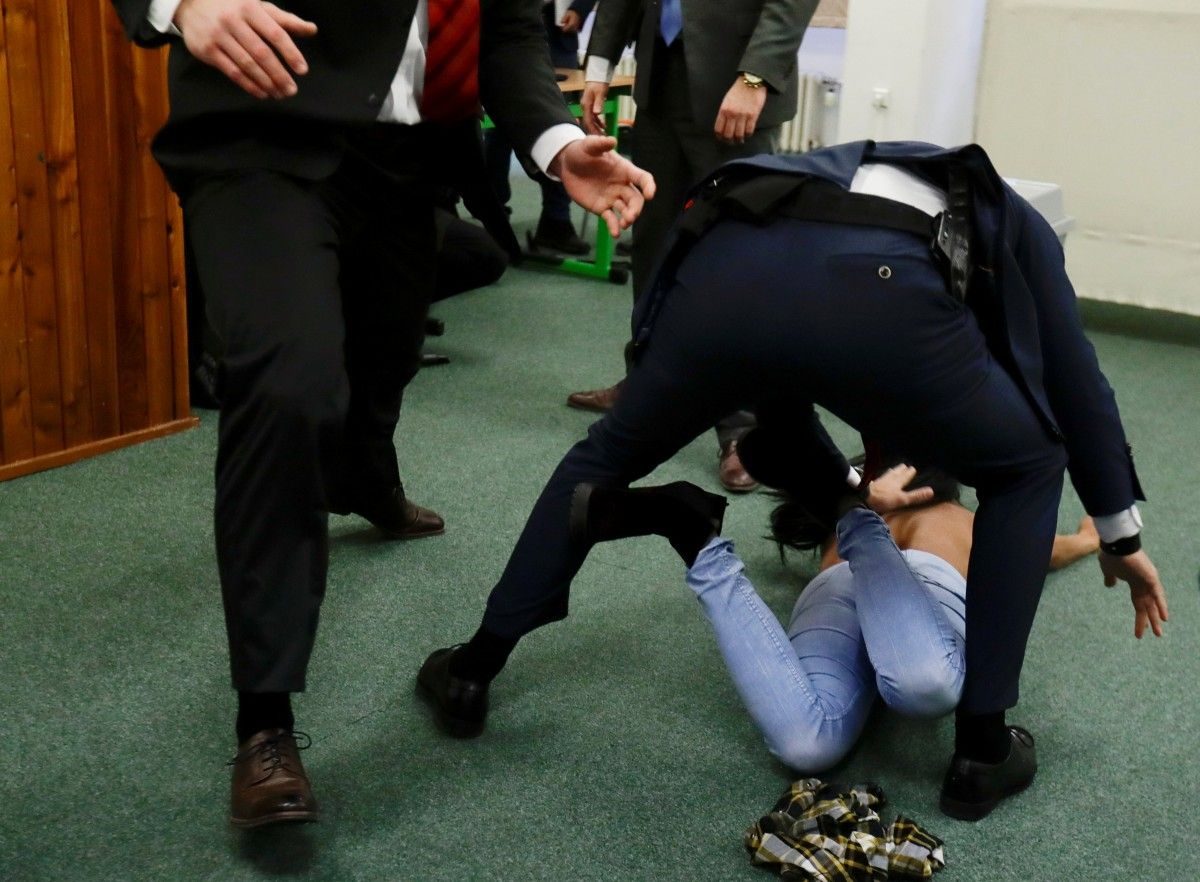 © REUTERS
If you see a spelling error on our site, select it and press Ctrl+Enter
Tags:CzechZemanFemen