He "is aware of Russian authorities seeking to have Belarus accede to Russia." 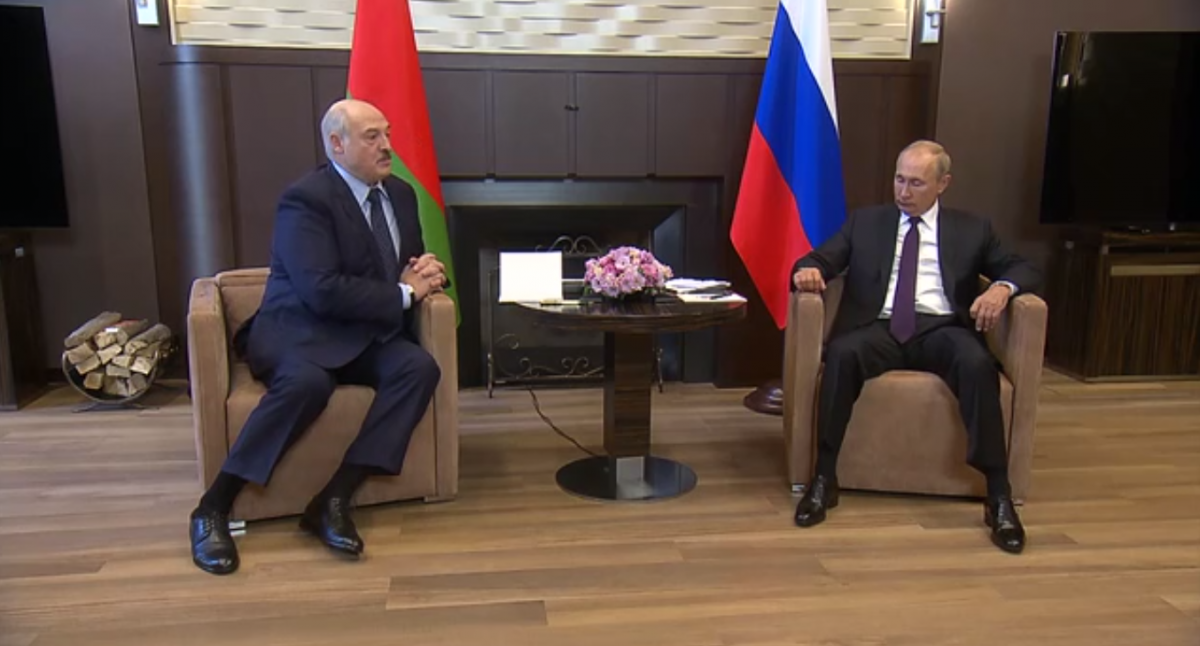 Former chairman of the Supreme Council of Belarus Stanislav Shushkevich suspects Alexander Lukashenko is prepared to allow his country to be annexed by Russia.

In the ex-official's opinion voiced to NSN, Lukashenko "is aware of Russian authorities seeking to have Belarus accede to Russia and ... is ready for anything. Putin, of course, will save Lukashenko and make him governor of Russia's western region."

Read alsoBelarus drafts sanctions against Ukrainian officialsAt the same time, he believes Lukashenko is ready to do this for his own benefit.

"Lukashenko will say how much more he now loves Russia, while he loves no one but himself," Shushkevich said, adding that Lukashenko has no desire to build an adequate European state, while blaming the West for all troubles.

At the onset of massive protests in August, Lukashenko said Russian President Vladimir Putin had promised him comprehensive assistance to ensure the country's security.

On August 27, Putin suggested the use of Russian security forces to suppress Belarus protests.

On September 8, Lukashenko announced readiness to pursue further integration with Russia, noting that in the event of Belarus' "fall,' Russia would be next.

Thousands have taken to the streets to protest what many believe was a rigged vote count. Riot police violently crack down on protesters, detain activists, and open politically motivated cases against dissenters.

The European Union has not recognized election results and imposed sanctions against Belarusian officials over vote-rigging and the use of violence against protesters.

On September 23, Lukashenko was sworn in a ceremony behind closed doors in Minsk.

On November 6, the European Union imposed sanctions against Alexander Lukashenko and 14 Belarusian officials. As indicated on the website of the European Council, in general, sanctions were imposed against 59 people from Belarus.

If you see a spelling error on our site, select it and press Ctrl+Enter
Tags:RussiaPutinLukashenkoBelarusannexation