Addressing the workers at a local plant, Lukashenko told them to "calm down, get back to work", and meet again in January 2021. 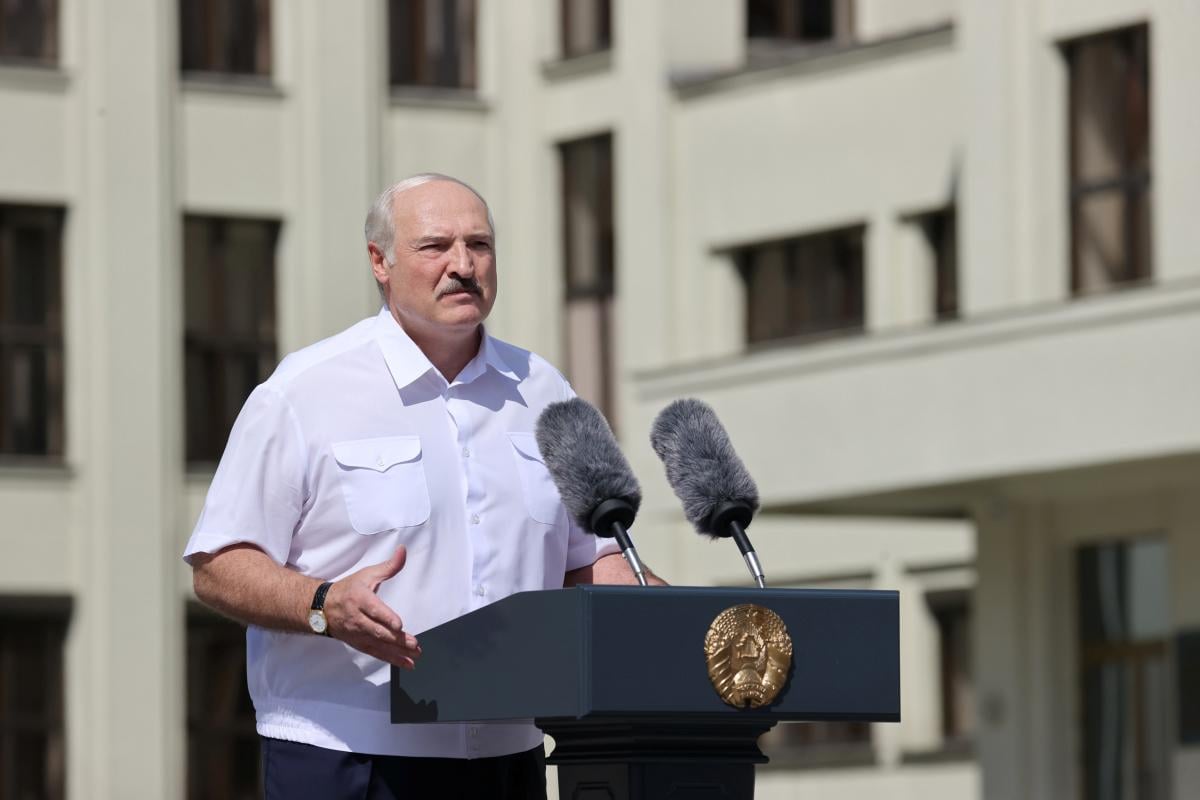 Belarusian President Alexander Lukashenko has intimidated a crowd of protesters with a possible reaction on the part of Russia if Belarus holds a new election, canceling the results of the latest vote.

"We will not review these elections, their results. That's because this is not you who demand this, this isn't workers. This is a demand coming from above. And you will also be put in a human chain from Vilnius to Kyiv to show it is necessary to create a cordon sanitaire between Russia and the West. It's actually a move against Russia. Do you want Russia to react? I don't," Lukashenko said, addressing workers at the Minsk Wheel Tractor Plant (MZKT), Belarus 1 TV channel reports.

Do you want Russia to react? I don't.

Speaking to a crowd of protesting workers, many of whom were booing the president, chanting calls for him to step down, Lukashenko said: "You calm down, get back to work, and in January we will meet again and you will tell me what else needs to be done."

Russian assistance to Belarus amid protests

Lukashenko over the course of the last few days spoke with his Russian counterpart over the phone at least twice, as officially reported.

"[A]t our very first request, comprehensive assistance will be provided [by Russia] to ensure the security of the Republic of Belarus," said Lukashenko.

In another phone call between the two on Sunday, Putin had told Alexander Lukashenko Russia was ready to offer military assistance if necessary, as demonstrators gathered for the biggest protests against Lukashenko's re-election.

Earlier, Lukashenko complained about external interference in his country's affairs, hinting at a western plot toward a "color revolution", and denied the idea to hold new elections, telling protesters: "Unless you kill me, there will be no other elections."

An OSINT group Conflict Intelligence Team has reported that the Kremlin is deploying its RosGvardia [Russian Guard] troops and paddy wagons to the border with Belarus.

If you see a spelling error on our site, select it and press Ctrl+Enter
Tags:RussiaPutinLukashenkoProtests in Belarus