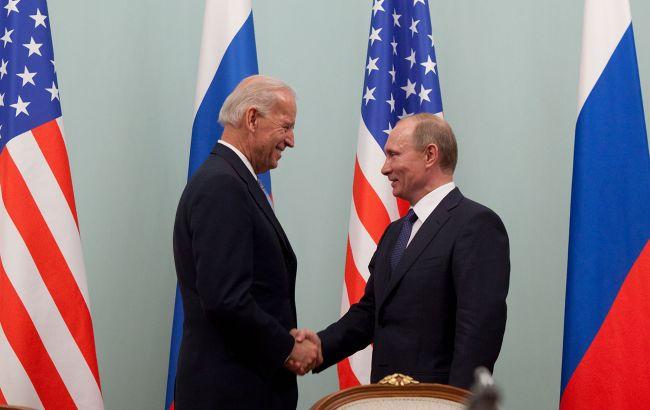 U.S. President Joe Biden says he would like to hold his proposed summit with Russian President Vladimir Putin during his trip to Europe this June.

"That is my hope and expectation. We're working on it," Biden told reporters Tuesday, Reuters reports.

Read alsoRussia must uphold commitments under Minsk deal – U.S.Biden intends to take part in a Group of Seven summit in Cornwall, England, scheduled for June 11-13, before flying to Brussels to meet European Union leaders and then attending a NATO summit on June 14.

U.S. officials have been working with Russian counterparts on setting up a Biden-Putin summit in a third country during what will be Biden's first overseas trip as president, Reuters noted.

It is yet to be seen whether an agreement will be reached.

Putin and Biden had a phone talk on April 13. According to the White House's press service, Biden put forward the idea of holding a Russian-U.S. summit in a third country in the coming months. Later, the U.S. leader clarified he had invited his Russian counterpart to meet in Europe this summer.

Ukrainian President Volodymyr Zelensky praised the possibility of the U.S. and Russian leaders holding the summit.