Two members of the crew were killed, another one was injured. 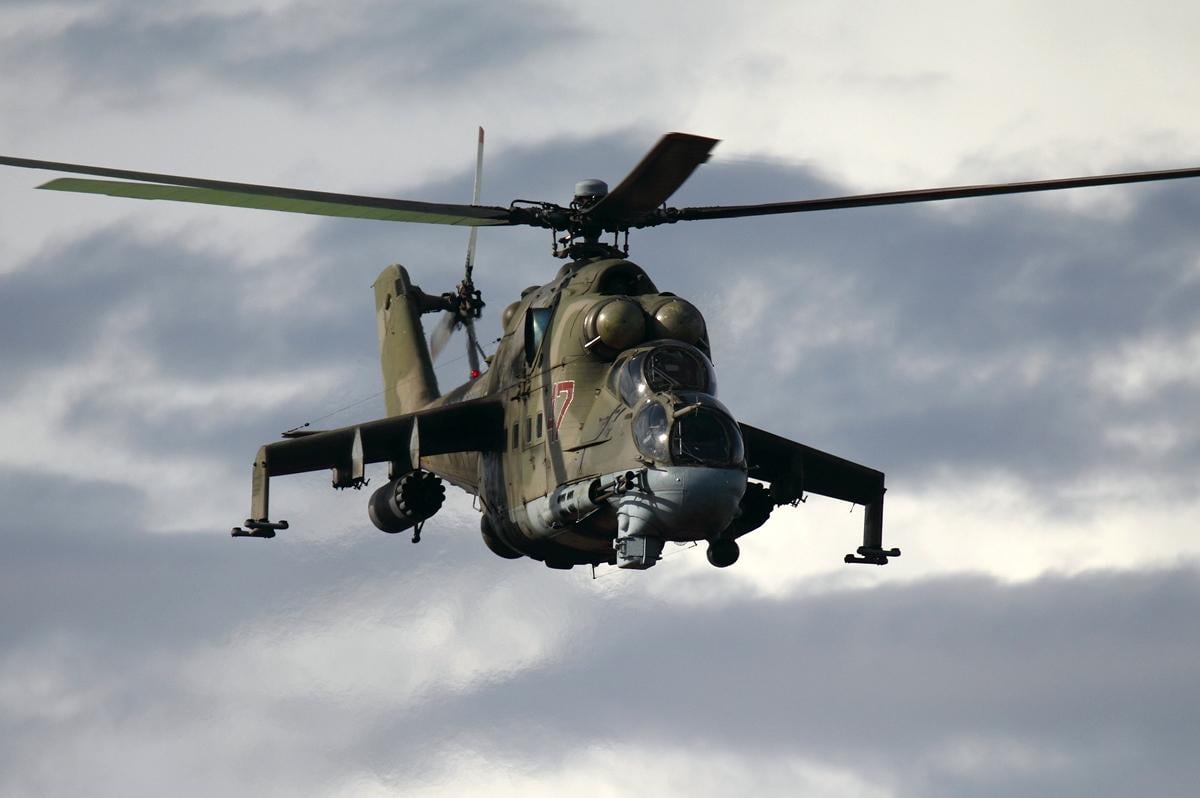 The incident happened on Monday afternoon / Photo by Ihor Dvurenkov

A Russian Mi-24 helicopter has been downed with a man-portable anti-aircraft missile system (MANPADS) over Armenia near the border with Azerbaijan.

"At about 17:30 Moscow time [16:30 Kyiv time] on November 9, a Russian Mi-24 helicopter was exposed to fire opened from the ground with a MANPADS while it was accompanying a convoy of the 102nd Russian military base through the territory of the Republic of Armenia in the airspace near the Armenian village of Yeraskh near the border of the Nakhchivan Autonomous Republic (Republic of Azerbaijan)," it said.

Two members of the crew were killed, one with moderate injuries was evacuated to the home airfield. The Mi-24 crashed over a mountainous area in Armenia.

The command of Russia's 102nd military base, stationed in Gyumri, is investigating who shot down the helicopter over Armenia.

"The command of the 102nd Russian military base is conducting an investigation to identify those who fired at the Russian helicopter," it said.