At least three rockets were intercepted. 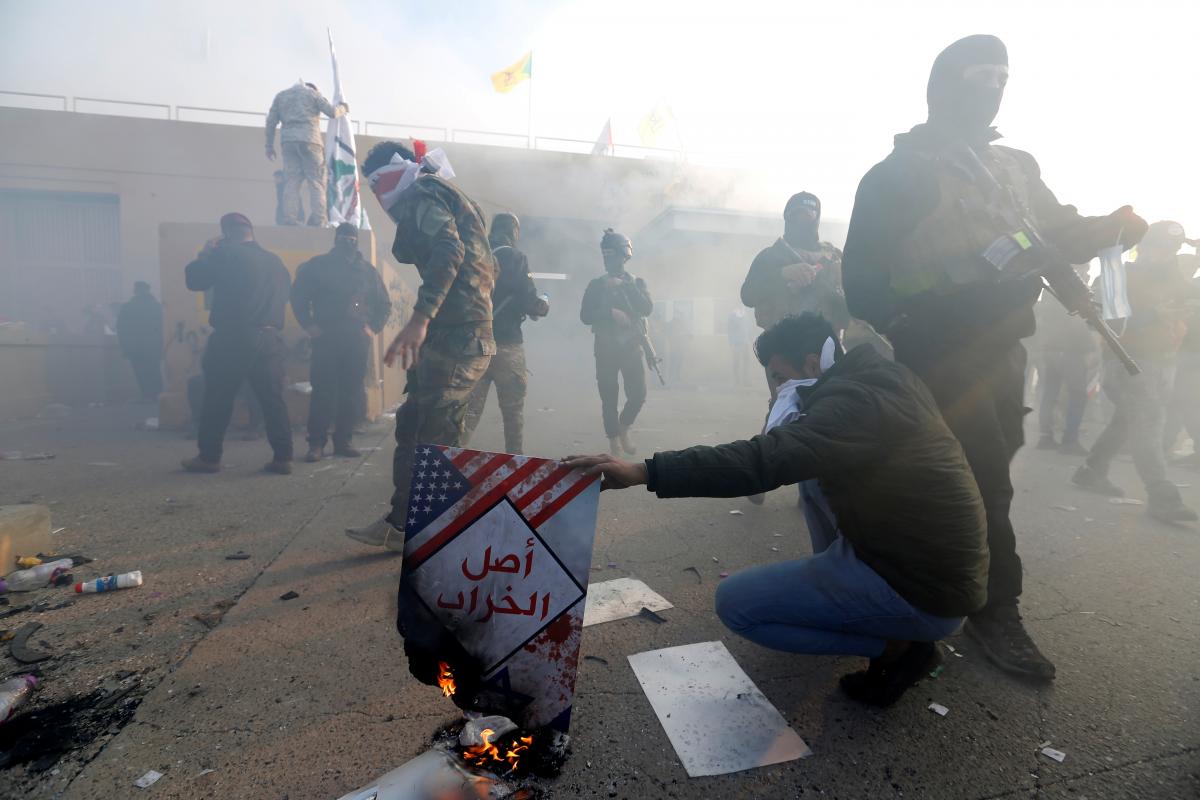 The U.S. embassy in the Baghdad Green Zone was targeted in a rocket attack on Sunday, as the anniversary of the assassination of Iran's top general, Qassem Soleimani, approaches.

There were no reports of casualties.

"The U.S. Embassy confirms rockets targeting the International Zone (Green Zone) resulted in the engagement of embassy defensive systems," a statement released by the embassy said, adding that the compound suffered some minor damage.

"We call on all Iraqi political and governmental leaders to take steps to prevent such attacks and hold accountable those responsible,'' the statement said.

Joyce Karam, correspondent for The National, shared a video of the rockets being intercepted on Twitter and wrote that the embassy had been "targeted with barrage of Katyusha Rockets and mortar shells."

BREAKING : US Embassy in Baghdad #Iraq targeted with barrage of Katyusha Rockets and mortar shells.

The attack was the third violation of a truce agreed in October by Western and Iraqi authorities with hardline and pro-Iran groups.

Read alsoTehran avenges Soleimani killing, but plans no new military action – Iran envoy to UNThe latest one took place in the run-up to the one-year anniversary of the assassination of Iranian general Qassem Soleimani, which was directed by Washington.

Iranian military also shot down a Ukrainian civilian airliner with 176 people on board hours after firing rockets towards U.S. bases, allegedly mistakenly identifying the airliner as a cruise missile.