Macron urges to "reengage dialogue with Russia," being tough in Ukraine issue

France's leader says it is impossible to have peace and stability in Europe without negotiating with Russia. 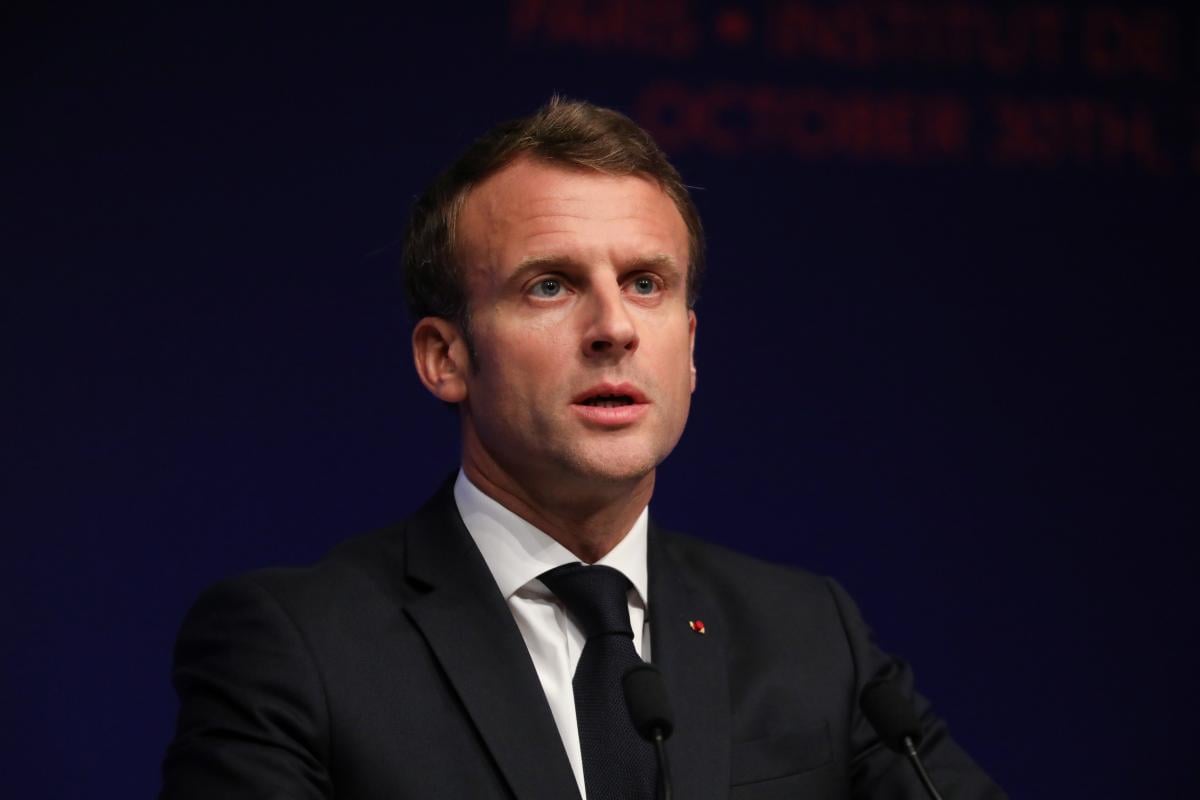 Macron urges to "reengage dialogue with Russia," being tough in Ukraine issue / REUTERS

French President Emmanuel Macron has urged the international community to "reengage a dialogue with Russia," being tough on the Ukraine issue.

"If we want to reengage, we need to reengage a dialogue with Russia. You asked for examples where stopping any dialogue and being stuck in some critical situations like Ukraine or Navalny, that are extremely important and where we have to be tough, in full solidarity, which is the case. But beyond these points, we do need a comprehensive dialogue," he told the Atlantic Council in an interview on February 4, 2021, posted by the Elysee Palace on February 5.

"Having said that, obviously, we have as well the Ukrainian situation with justified sanctions and a process which was designed in Minsk with a Normandy format. And we got some small progresses in December 19 here in Paris. And we are working hard to get more progresses. But in such a context, why did I decide indeed to resume parts of discussions with Russia? I advocate ongoing dialogue," Macron said.

According to the French president, it is necessary to keep a dialogue with Russia since it is part of Europe from a geographical and historical point of view.

"And I think this is very important, whatever happens, to include Russia on this part of the horizon, big part of the world. And clearly, the history of President Putin and a lot of leaders, is completely a European one. They have common values, history, literature, culture, mindset. And we have to take that into consideration," he said.

Read alsoNATO remains ready to address Russian aggressionMacron also believes "it's impossible to have peace and stability in Europe, especially at our borders today, if you are not in a situation to negotiate with Russia."

"And for different reasons, largely due to the Russian aggressivity and the NATO expansion, we created a situation where we pushed our borders to the maximum place at the east, but we didn't manage to decrease conflictuality and threat at this border," the French president said.

According to Macron, a "perspective for the coming years and decades is precisely to find a common way to discuss and build peace and security for the whole continent, which means having a dialogue on cyber aggressivity – obviously on any aggression –, on how we see all the critical countries, I would say, in this very sensitive area where you have Ukraine, Belorussia (sic), and so on."

"We need a political discussion with Russia about that. Otherwise, it will be our willingness to protect and the willingness to conquer and dominate. And when I look at the outcomes of the past strategy with Ukraine, with Belorussia (sic) now, and with a lot of countries, our results are not positive. So we have to recreate a framework of discussion for these countries in this part of our continent," he said.

"I think this is a huge mistake, even for Russian stability today. So the Navalny case is a very severe situation. We decided some sanctions. And I do regret, and I do condemn this decision," he added.

If you see a spelling error on our site, select it and press Ctrl+Enter
Tags:RussiaUkraineEuropeFranceNavalnypeaceMacrondialogue