"Only Russians" – No agreement on Turkish peacekeepers in Karabakh 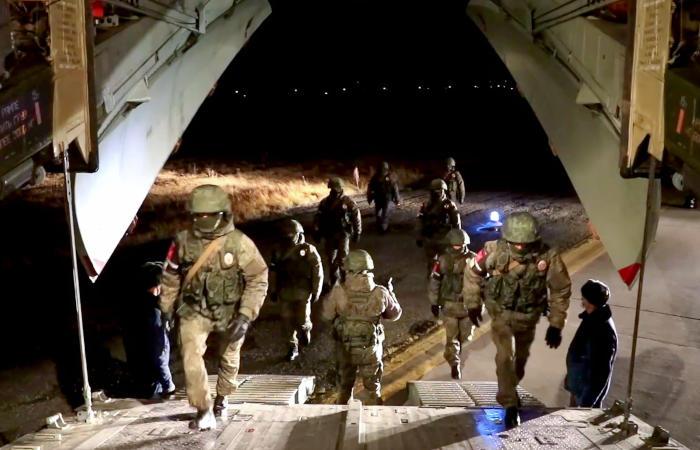 No agreement has been reached regarding the deployment of a Turkish peacekeeping contingent in Nagorno-Karabakh, the Kremlin spokesman says.

That's according to RIA Novosti quoting Dmitry Peskov as saying.

Meanwhile, Russian peacekeepers are already deploying in the area following a ceasefire deal signed between Azerbaijan, Armenia, and Russia to stop hostilities that re-erupted in the contested region of Nagorno-Karabakh on September 27.

"The arrival of Turkish soldiers was never agreed. Setting up a monitoring center on the Azerbaijani territory was discussed. This is in Azerbaijan, and this is the subject of a separate agreement," Peskov explained.

Armenian Prime Minister Nikol Pashinyan on Monday night said he had signed an agreement with Azerbaijan and Russia to end the war in Nagorno-Karabakh. Pashinyan claimed he had no choice but to sign the deal to bring hostilities to a halt.

A joint peacekeeping mission of Russia and Turkey will be deployed in Nagorno-Karabakh after hostilities cease.

Residents of Yerevan, protesting against the move to end the war in Nagorno-Karabakh, broke through the police cordon and burst into the Armenian Government building.

On November 9, Azerbaijan downed a Russian Mi-24 military helicopter over Armenia, close to the border, killing two pilots and injuring one.

Baku immediately apologized for what it said was a mistake, and offered Russia compensation.