Linde stressed that a resolution to the conflict is a strong priority for Sweden as Chair. 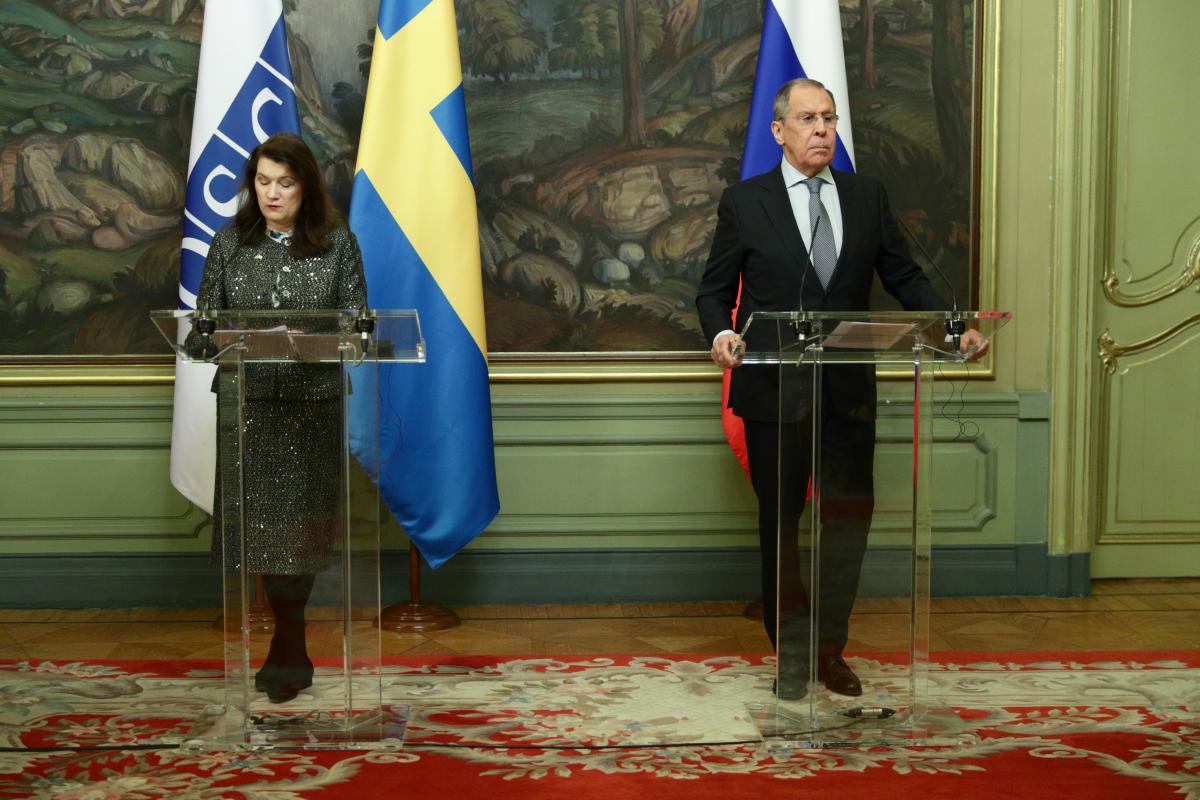 OSCE Chairperson-in-Office and Sweden's Minister for Foreign Affairs Ann Linde on Tuesday had a meeting with Russian Foreign Minister Sergey Lavrov, during which they touched on various issues that affect security in the OSCE region, including the situation in Ukraine.

"On my second foreign visit as Chairperson-in-Office I have had the opportunity to present the priorities of the chairpersonship. Together with my colleague Foreign Minister Lavrov, we have identified areas where we see potential for co-operation in order to make a real difference on the ground in the OSCE region," the OSCE quoted Linde as saying in a press release on February 3, 2021.

She stressed that a resolution to the conflict is a strong priority for Sweden as Chair and that a large part of her talks with Minister Lavrov focused on the ongoing conflicts and crises in and around Nagorno-Karabakh, Ukraine, Moldova, Georgia, and Belarus. "We agreed on the need for a continued active OSCE engagement."

Read alsoOSCE SMM records 118 violations in Donbas"As Chairperson-in-Office, I will work to get continued engagement at the highest levels, to find sustainable solutions to crises and conflicts. This has to be done in line with international law and with full respect for the OSCE principles and commitments," she said.

Given recent events in Russia and the mass detention of protesters, the Chairperson-in-Office also underlined the importance of all OSCE participating States living up to their commitments in the human dimension. "As agreed at the Astana summit, lasting security cannot be achieved without respect for human rights," said Linde.

The Chairperson-in-Office also met with Russian civic activists to discuss the human rights situation and democracy in Russia, as well as the meaningful inclusion of women in all peace- and conflict-related processes.