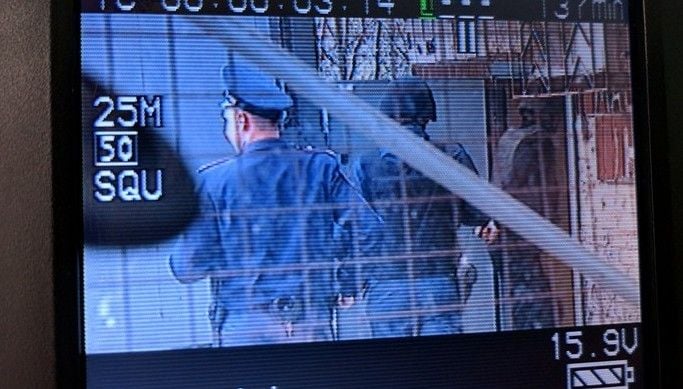 A photo was published on Facebook by journalist Alyona Lunkova.

In the courtroom, Aleksandrov and Yerofeyev had the protective gear removed.

Read alsoPoroshenko offers Putin to swap Savchenko for two Russian soldiers (video)On May 18, the then SBU Chairman Valentyn Nalyvaichenko said that the Russian military would be put on trial under Article 258 of the Criminal Code of Ukraine for their participation in a terrorist organization.

On May 22, Kyiv's Shevchenko District Court ordered that Russian citizens Aleksandrov and Yerofeyev be kept in custody until the investigation is underway.

On March 21, Holosiivskyi District Court in Kyiv ruled to extend until May 19 the term of holding in custody of two Russian military intelligence officers Yevgeny Yerofeyev and Aleksandr Aleksandrov.