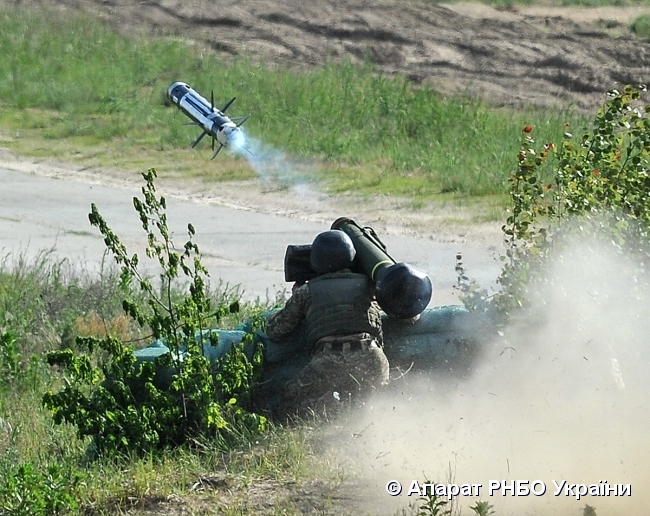 The report by a number of Russian news agencies about the alleged malfunctioning of recently received Javelin anti-tank guided missiles (ATGM) does not correspond to reality, Ukrainian officials said Friday, July 6.

The officials from the National Security and Defense Council of Ukraine and Ministry of Defense have strongly refuted the reports being spun by some media and bloggers, branding them as fake, Defence-Blog reports.

The Russian-favored disinformation piece alleged that U.S.-supplied Javelin ATGMs had certain technical flaws and that Ukrainian missile developers had allegedly reported this to the National Security and Defense Council.

"The press service of the National Security and Defense Council declares that the letter of such content was never submitted to the NSDC, and never signed by the General Designer of the State Design Bureau Luch. The letter is a demonstration of the efforts of Russian intelligence to disrupt Ukraine's cooperation with strategic partners in military-technical sphere," the NSDC said in a statement released Friday, according to TSN.

Dmytro Tymchuk, a Ukrainian MP and military expert, claims there is a Russian trace in the spin.

The aim could be undermining public opinion on Ukraine-U.S. defense cooperation ahead of the upcoming Trump-Putin Helsinki Summit.

“The Kremlin continues molding its anti-Ukrainian agenda … Now the next step is American-Ukrainian military-technical cooperation,” said Dmytro Tymchuk. “Yesterday, Russian propagandists via social networks began to disperse the fake report… The letter [of Ukrainian developers to the NSDC] severely criticized technical condition and characteristics of the U.S.-supplied Javelin ATGMs.”

As reported earlier, the U.S. government in March this year approved the sale of Javelin anti-tank missiles to Ukraine for roughly $47 million. The long-awaited batch arrived in Ukraine late April. The defense aid package envisaged shipment of 210 Javelin missiles and 37 launchers, two of which are spares.

On July 16, U.S. President Donald Trump will meet in Helsinki with his Russian counterpart Vladimir Putin.

Trump's Assistant on National Security John Bolton visited Moscow ahead of the Summit to meet with President Putin and Foreign Minister Sergei Lavrov.

If you see a spelling error on our site, select it and press Ctrl+Enter
Tags: #Russia#Ukraine#Putin#USA#Trump#defense#Javelins#infowars
Latest news