Ukraine is trying a raft of tactics to respond to Russia's maneuvering. 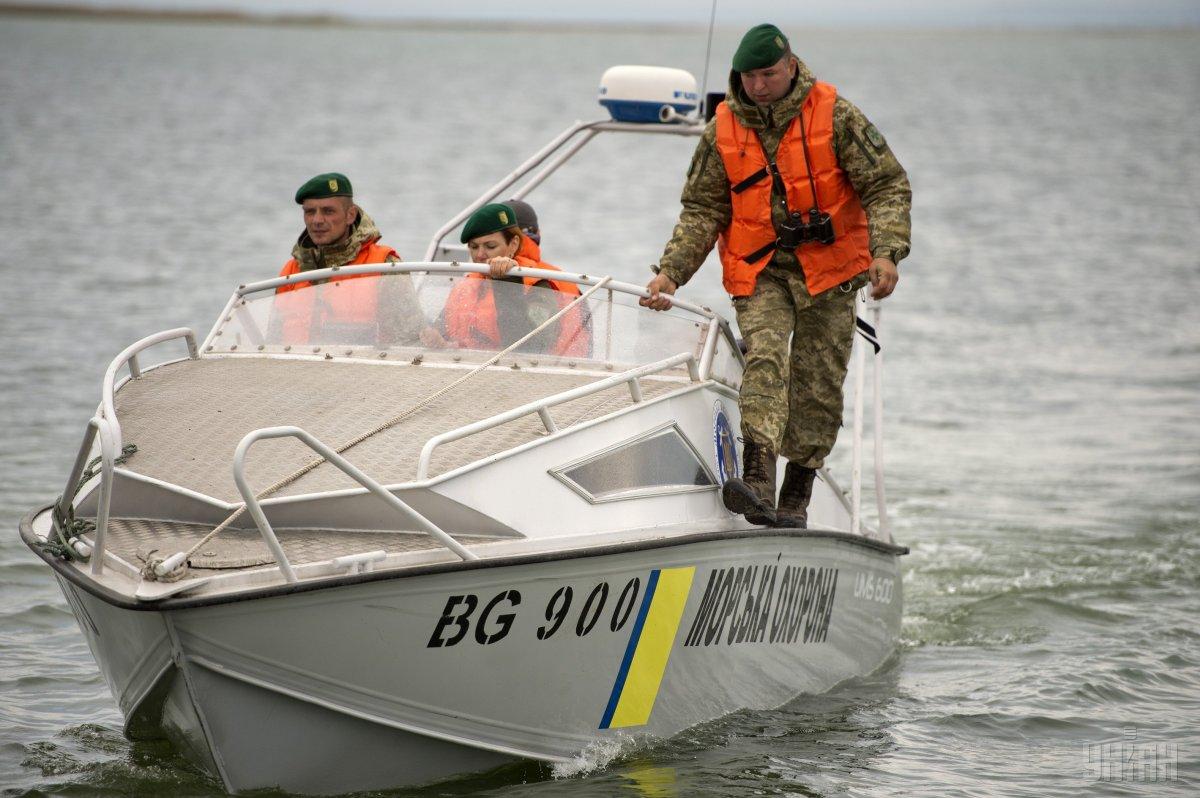 While Kyiv is negotiating with European and U.S. partners to punish Russia's Black Sea ports over Moscow's recent aggressive moves in the Sea of Azov, according to Omelyan, the country's infrastructure minister, it remains unclear how persuasive the authorities have been when so much of the West is grappling with its own problems.

Halyna Odnoroh, a co-founder of the Mariupol Social Movement, a local non-governmental organization focused on issues related to the Sea of Azov, said activists had sent a letter to the Organization for Security and Cooperation in Europe's Special Monitoring Mission (OSCE SMM) -- a group of international observers tracking the fighting on the battlefields of eastern Ukraine -- asking them to expand their mandate to the sea "to monitor and record violations."

It is unclear whether the OSCE SMM is considering the proposal. The OSCE SMM did not respond to RFE/RL requests for comment.

Ukraine is taking measured military actions along the Sea of Azov shore after President Petro Poroshenko warned on July 16 that Russia was building up forces and weapons in the Black and Azov seas. He said he did not exclude the possibility that the Kremlin might prepare for an all-out attack on Mariupol.

The next day, Poroshenko ordered top military officers to take measures in connection with the ship detentions and inspections, including possibly providing escorts through the sea.

In a show of force, the Ukrainian military conducted two-day helicopter shooting drills over the Sea of Azov in late July.

Read alsoFlexing muscles: Why Russia is tightening grip over the Sea of Azov

But there seems to have been little done to boost defenses on the sea itself.

Ukraine has no naval presence in the Azov, said Poliakov, the Ukrainian Sea Guard spokesman, who was tight-lipped about the number of boats available to protect the waters. The country lost as much as 80 percent of its naval fleet when Russia annexed Crimea and took Ukraine's ships with it.

Oleh Slobodyan, the border guards' spokesman, said in July that Ukraine had as many as 70 boats patrolling in both the Black and Azov seas.

"Our boats, of course, are inferior in their combat power to those boats of the Russian Federation," he added.

Oleksiy Melnyk, the political and security analyst, said Ukraine is in an impossible position.

"International law doesn't work there," he said. "Ukraine should apply to international courts. But it takes a long time, and, as we've seen already, it doesn't help much against Russia."

If you see a spelling error on our site, select it and press Ctrl+Enter
Tags:RussiaCrimeaPoroshenkoUkraineMariupolRussianAggressionWestAzovUkraineNavy