Commissioner Hahn in Ukraine: All crimes against activists must be prosecuted

Hahn spoke to civil society representatives in his first meeting in Ukraine. 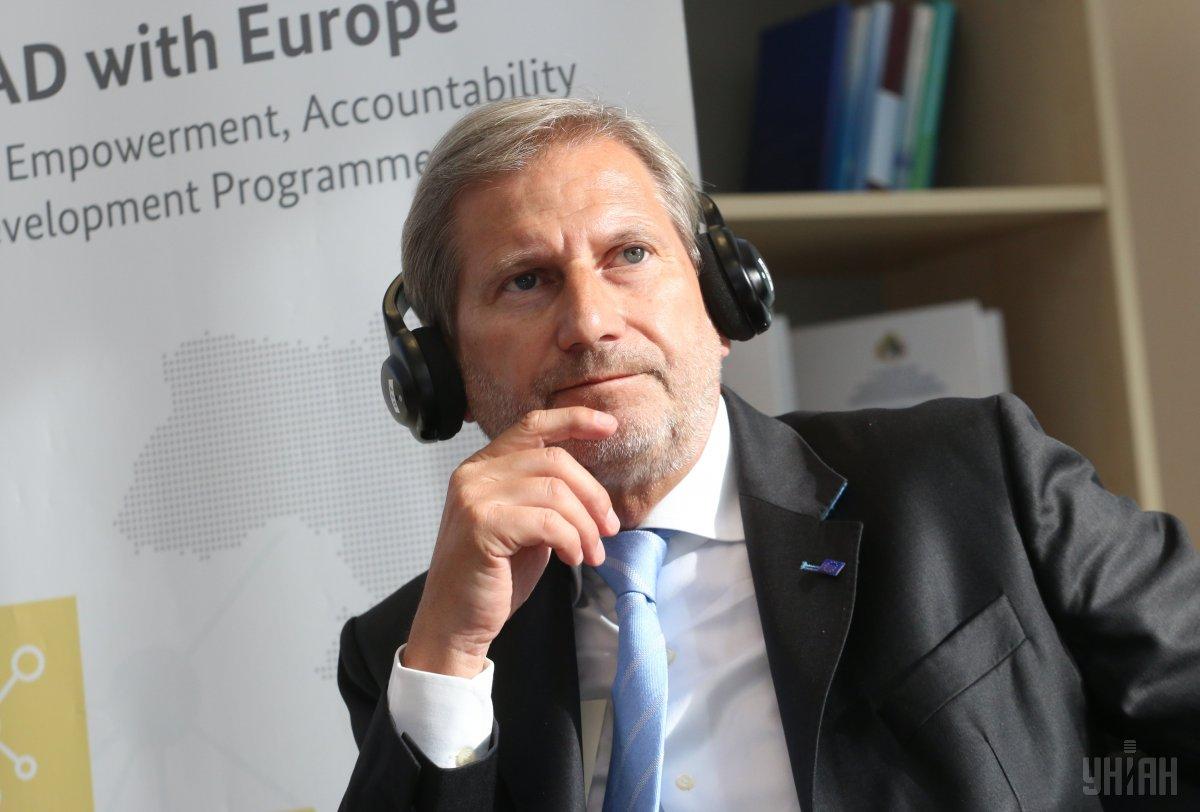 Commissioner for European Neighbourhood Policy and Enlargement Negotiations Johannes Hahn has said all crimes against activists in Ukraine must be prosecuted.

"I spoke to civil society representatives in my 1st meeting in Ukraine tonight. The murder of K[ateryna] Handziuk and all crimes against activists must be prosecuted. There won't be a stable, modern, prosperous Ukraine without a strong rule of law and independent judicial institutions," he wrote on Twitter in the early hours of November 9, 2018.

I spoke to #civilsociety representatives in my 1st meeting in @Ukraine tonight. The murder of K #Handziuk and all crimes against activists must be prosecuted. There won't be a stable, modern, prosperous #Ukraine without a strong #RuleOfLaw and independent judicial institutions. pic.twitter.com/I3lirAyZWX

Hahn arrived in Kyiv on November 8, his visit will last until November 9.

If you see a spelling error on our site, select it and press Ctrl+Enter
Tags:UkraineEuropeanCommissionHahnactivistscrimesprosecution