The organization, which is part of Andriy Biletskiy's National Corps, is often seen taking part in actions set up against drugs, illegal casinos, and construction sites. 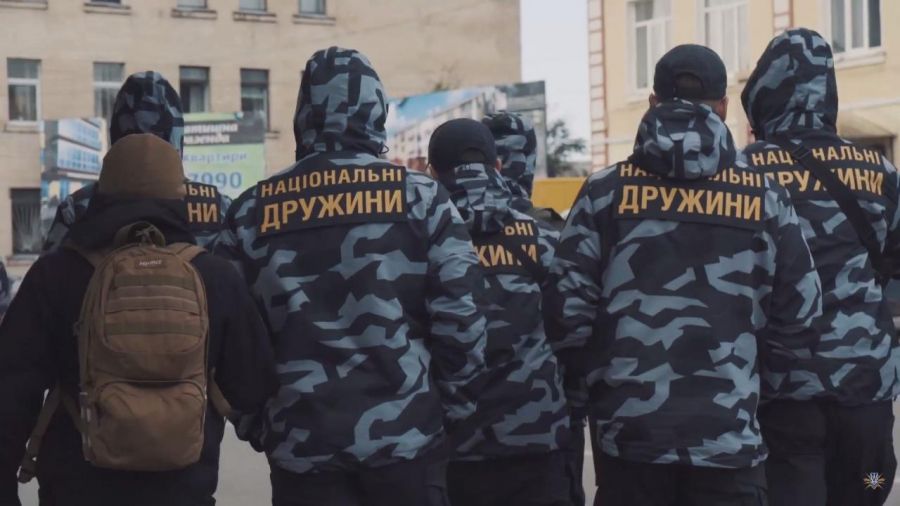 Observers from the "National Squads" could use force at the polling stations during the presidential election in case they spot signs of fraud, that's according to the organization's spokesperson Ihor Vdovin.

“If law enforcers turn a blind eye to outright violations and don't want to document them, we will do what our Commander stated via Telegram [(Ihor Mikhaylenko, the organization's chief, wrote: 'If we need to punch someone in the face in the name of justice, we will do this without delay'],” said Vdovin.

He clarified that this will not concern members of election commissions, but rather “random people who could be throwing in ballots, bringing agitators to the polling stations”.

"We decided to act as observers because we believe that this will be one of the dirtiest elections," Vdovin stated.

He noted that their observers are taking part in monitoring “to promote the independent will of the Ukrainian citizens”.

Recall, the Central Election Commission of Ukraine at its meeting on Jan 11 allowed public organizations Civic Watch Rada, National Squads, Zaporizhia Crisis Media Center, and Ukrainian Committee of Voters to act as observers at the election.

"National Squads," which is part of Andriy Biletskiy's National Corps, is regurarly seen taking part in actions set up against drugs, illegal casinos and construction sites.

"Please, tell me, did anyone feel safer watching the so-called 'National Squads' on Khreshchatyk? Monopoly on force, monopoly on arms belongs to the state," he said.

As earlier reported by the Information Resistance OSINT group, Russian special services are planning to employ agents recruited by the so-called "Ministry of Civil Defense of the Luhansk People's Republic ("LPR")" from among the residents of the occupied territories to provoke tensions at polling stations during the presidential elections in Ukraine,

One of their options that's on the table is claiming that election officials are "not allowing people to vote after they present their IDP IDs." The focus will be on regions bordering with the occupied territories, the central part of Ukraine, and the City of Kyiv, according to the report.

An article on EU Political Report earlier noted that Russia's meddling efforts in Ukraine elections could involve finding local influence groups that might be gullible to the Kremlin's approaches (or just susceptible to the smell of money) and then instructing them to do something harmful. They could be collecting and promoting fake exit poll results in an attempt to discredit the results of the vote.

The basic plot is to fabricate evidence that will enable the Kremlin to allege that the vote was faulty, and that the Ukrainian President elect is illegitimate.

In addition to support from local groups, the Kremlin intends to use its world famous swarm of internet bots in social networks to spread fake polling results. This information will then be picked up by the Western pro-Russian media and promoted among sympathisers. Once again, these are not new tactics. A very similar scenario was played out at the last presidential elections in Ukraine when Russian state-owned TV channels showed false polling data alleging that a nationalist candidate was in the lead.