Sheremet murder: Before setting off bomb, hitman made sure target was in vehicle

The National Police chief showed how the hit group was moving on the night the IED was planted. 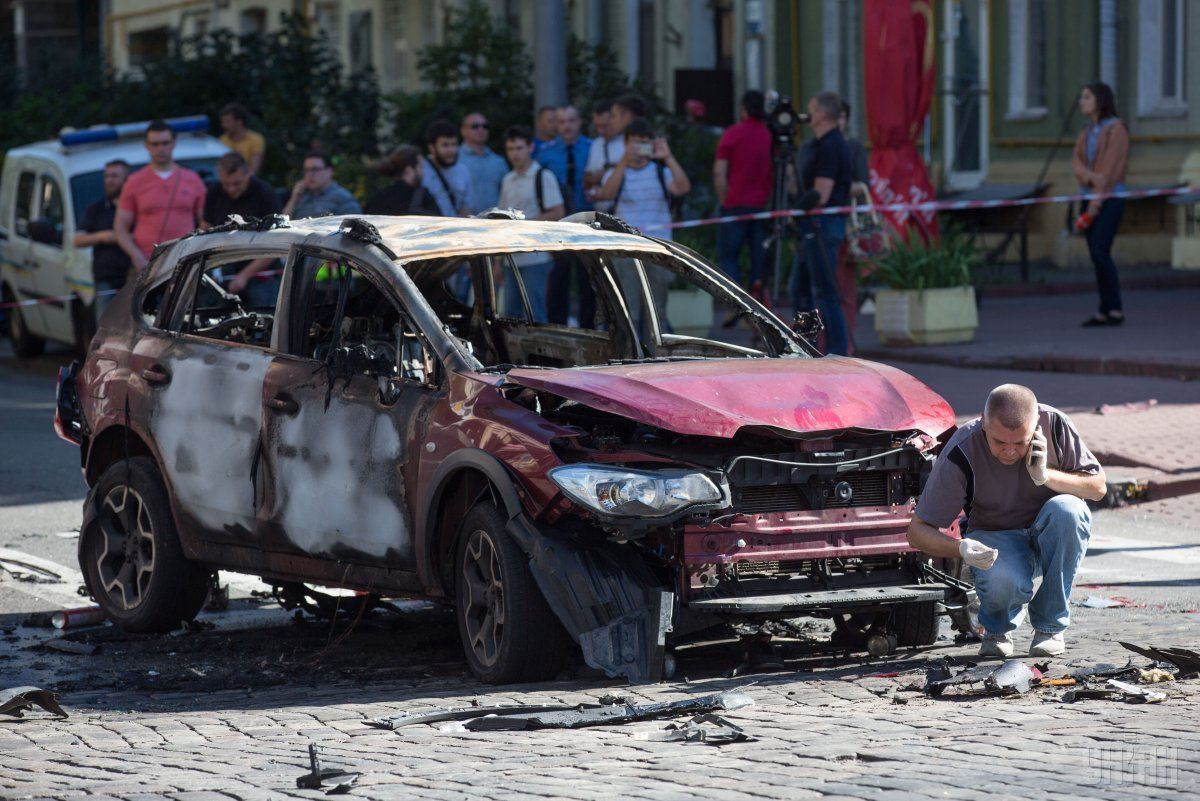 Head of the National Police of Ukraine, Serhiy Knyazev, said that the person who had remotely activated the explosive device planted onto the bottom of a car driven by journalist Pavel Sheremet had made sure that it was his target who was in the car.

The National Police chief showed how the hit group was moving on the night before the assassination and also the very moment the IED was planted.

Then, Knyazev showed a video showing the perpetrators walking around Kyiv center after the bomb was planted.

"Criminals were deliberately sporting clothes distorting their distinctive features, making it difficult to identify them," he added.

Knyazev also showed on a video a person who pressed a remote control device setting off the bomb. "On 06:58 on July 20, we see a suspicious person on different CCTV cameras. The man stops, remaining in the epicenter of remote activation of the explosive device. This person clearly sees how the vehicle is moving, how it turned as it drove past him, which allowed him to identify the person behind the wheel of this vehicle, and therefore the device was set off only when the perpetrator was convinced [that it was Sheremet behind the wheel]," the police chief said.

Knyazev also said that after the explosion, the hitman's route could be tracked across Kyiv center until the moment he disappeared from CCTV cameras into the subway.

As UNIAN reported, Sheremet was killed in a car blast downtown Kyiv on the morning of July 20, 2016.

Interior Minister Avakov did not rule out that Russia could be involved in the hit.

On July 19, Interior Ministry spokesman Artyom Shevchenko stated that no suspects have been identified in the Sheremet murder case.

If you see a spelling error on our site, select it and press Ctrl+Enter
Tags:assassinationcarblastSheremetmurderKnyazev