This ruling was made by a Kyiv court to satisfy prosecutors' petition. 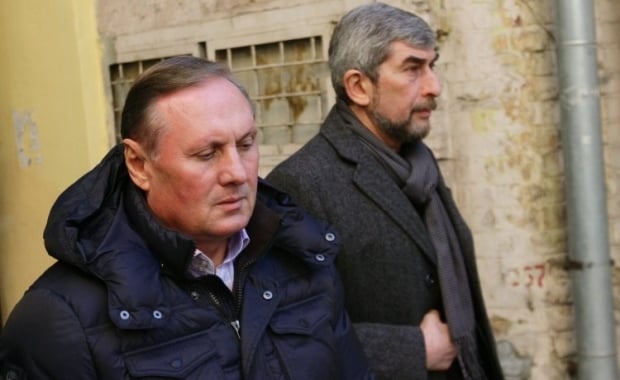 Yefremov will remain in custody until May 1 / Photo from UNIAN

Kyiv's Pechersk district court has ruled that former chairman of the parliamentary faction of the Party of Regions Oleksandr Yefremov should formally remain in custody until May 1, 2015, with the possibility of being released on bail set at about UAH 3.7 million.

"Today the court has extended custody until May 1," Melnykov said.

The ruling was made to meet prosecutors' petition.

As UNIAN reported earlier, Yefremov was detained on February 14 by officers of the Prosecutor General's Office and Ukraine's SBU Security Service. On February 16, Kyiv's Pechersk district court ruled that Yefremov be remanded in custody formally for two months or be released on bail worth UAH 3.7 million.

He is charged with abuse of power and forgery of documents during the adoption of the 'dictatorship laws' on January 16, 2014.

Yefremov will continue wearing an electronic ankle tracking device until May 1.