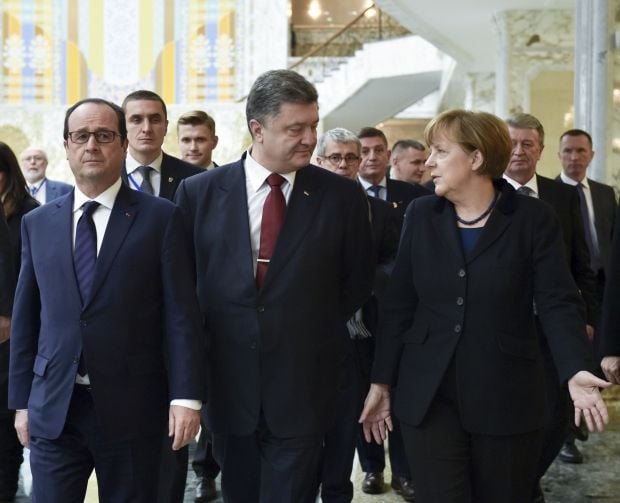 The three leaders agreed to invigorate efforts to ensure the full ceasefire and the withdrawal heavy weapons in eastern Ukraine.

Poroshenko once again stressed the importance of de-escalation in areas near the village of Shyrokyne, located close to the Ukrainian-controlled city of Mariupol.

He also pointed out the need to agree on the withdrawal of weapons whose caliber is smaller than 100 mm. This initiative was supported by Hollande and Merkel.

What is more, the leaders of France and Germany recommended that Ukraine should continue constitutional reform aimed at decentralization of power in Ukraine, which is in line with the Minsk agreements, and particularly stressed that draft amendments to the Constitution of Ukraine should reflect specific features of self-government in certain districts in Donetsk and Luhansk regions.