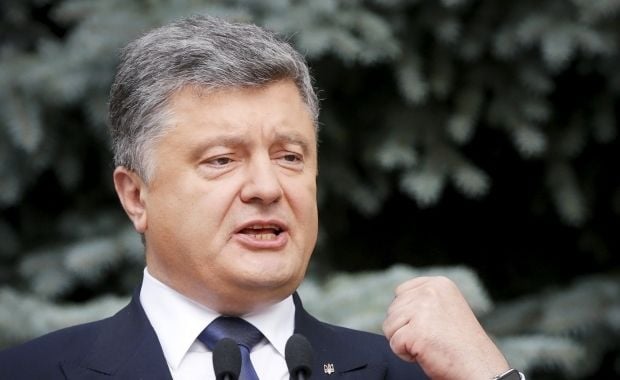 "Smuggling is not just a Transcarpathian problem. Once we started to press on the issue, all the Evil has showed its face. Smugglers from Transcarpathia have challenged Ukraine. I want to say that we accept the challenge," Poroshenko said at the meeting, where the situation in the ATO zone and the situation regarding the gang conflict in Mukacheve were discussed.

"We must unravel long-standing problems that require immediate solutions. I'm talking about tribalism, smuggling, corruption and the like. The picture of what is happening there today is not black and white. It's just astoundingly black," said the head of state.

Poroshenko demanded decisive action by the law enforcement agencies in the fight against smuggling.

"There must be a harsh and precise investigation against everyone involved in this: searches, detentions and direct criminal responsibility. Neither the deputy mandates will help, nor the connections in top government offices," said Poroshenko.

The head of state ordered personnel reshuffles to be carried out following the investigation.

As UNIAN reported earlier, the shootout occurred in Mukacheve on July 11 during a conflict between the Right Sector and the people close to Mykhailo Lanyo, Ukrainian MP. According to representatives of the Right Sector organization, the Lanyo, himself, had called them to hold talks, because the Right Sector started interfering with the flows of contraband.

Several Right Sector fighters are hiding out in the forests. SBU urged the fighters to surrender their weapons voluntarily.