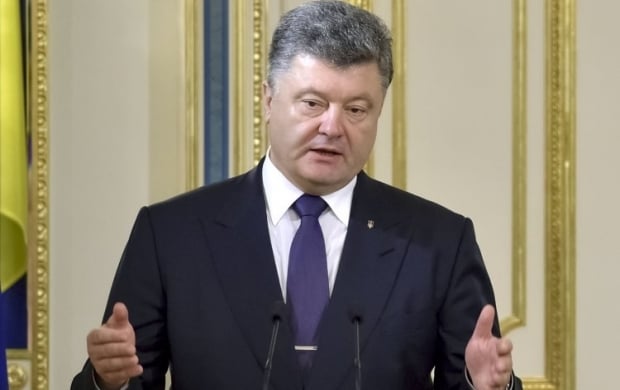 "Hennadiy Moskal has been given full carte blanche and may contact me anytime 24/7," Poroshenko said at a meeting at the National Security and Defense Council (NSDC) on Monday, the presidential press service told UNIAN.

According to the president, "the first results and first steps by the governor signal" that positive changes have finally begun to happen: order is being restored and the clan system involved in smuggling in Zakarpattia is being gradually destroyed.

Poroshenko says that he expects further proposals from Moskal to maintain order in the region.

The president also said at the NSDC meeting that it "is necessary to take urgent measures to prevent and neutralize threats in the sphere of national security amid increased external interference by the Russian aggressor in the internal affairs of Ukraine, the implementation by it [Russia] of scenarios to destabilize the social and political situation with the use of criminal, ethnic and national, social and economic factors."

This escalation has become noticeable in the past two weeks, he added.

According to him, a recent shooting incident in the town of Mukacheve in Zakarpattia region demonstrates the need to reshuffle personnel and enhance regional administrations, territorial branches of the Interior Ministry, the State Border Service, the State Fiscal Service, and the Security Service of Ukraine in Zakarpattia.

"Relevant staff changes and conclusions have been made. And this is just the beginning," he added.