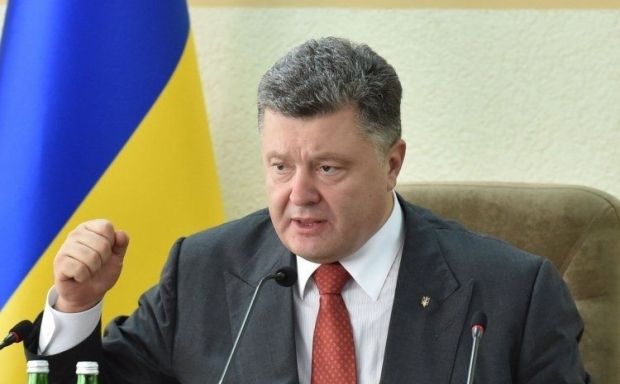 "I can tell you recent news from Minsk. I've instructed the Ukrainian members of the Trilateral Contact Group to immediately sign an agreement with the OSCE and the Russian side, which is a party to the Group, under which the creation of a 30-km-wide buffer strip along the line of contact will be guaranteed along with the withdrawal of the remaining artillery systems, tanks, mortars, which will make constant shelling impossible," Poroshenko said at a meeting with activists from Luhansk region on Wednesday, according to the presidential administration.

The president noted that the diplomatic efforts were successful and the proposal of Ukraine was accepted at the insistence of the OSCE. "The countdown will start in a few days and all heavy weapons will be withdrawn under the control of the OSCE," he said.

"I hope that this will be the beginning of the real ceasefire, the withdrawal of heavy machinery and artillery, the release of hostages illegally kept by the occupiers, and effective control of the OSCE over the fulfilment of such agreements. Then, such steps will ensure potential economic and political reintegration of such territories and their return to Ukraine," he added.