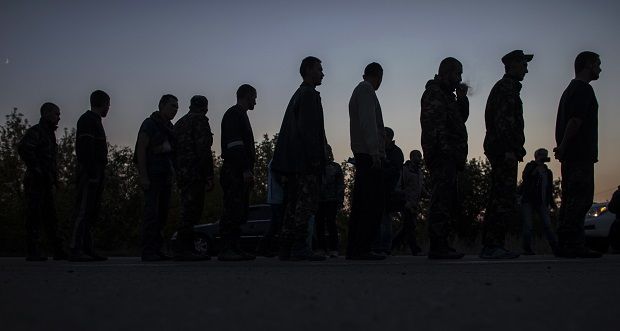 "We speak about the number which is about 200 people. Why do we? Sometimes it happens that those who are MIA's turn to be alive. We've recently managed to find one of our guys. He's alive and is held in captivity in one of the districts in Russia's Belgorod region. We'll bring him home," Tandyt said.

In his words, the hostages include 60 civilians, the remaining are servicemen of the Armed Forces of Ukraine, fighters from volunteer battalions, and soldiers of the National Guard of Ukraine.

The Ukrainian side is now holding negotiations with Russian public organizations on assistance in releasing the Ukrainian hostages, he added.

As UNIAN reported earlier, Ukrainian presidential envoy for the peaceful settlement of the Donbas conflict and Ukrainian representative of the humanitarian subgroup of the Trilateral Contact Group, MP Iryna Gerashchenko said that 245 Ukrainians, including female ones, were being illegally held in captivity in Donbas early in July 2015.