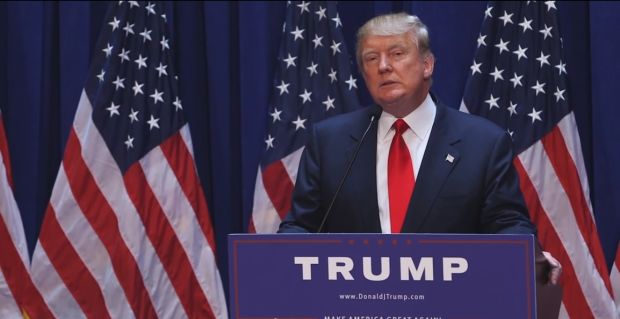 “I wouldn’t care. If [Ukraine] goes in, great. If it doesn’t go in, great,” Trump said in a wide-ranging interview with NBC on August 16, briefly commenting on Ukraine, which has been locked in a 16-month-long war with Russian-backed separatists that erupted after the Kremlin annexed Ukraine’s Crimean Peninsula in March 2014, according to RFE/RL.

NATO’s eastward expansion has long incensed Moscow, as have pronouncements by Ukraine’s pro-Western leaders and NATO officials about Kyiv’s possible membership in the military alliance.

In his interview, Trump also said that Europe should bear the brunt of the responsibility for standing up to Russia in the Ukraine conflict.

“I don’t like what’s happening with Ukraine. But that’s really a problem that affects Europe a lot more than it affects us. And they should be leading some of this charge,” he said, criticizing Germany for “sitting back” and “accepting all the oil and gas that they can get from Russia” while the United States is “leading Ukraine.”

The United States and the EU have spearheaded international efforts to punish Russia with sanctions over its Crimea land grab and the war in eastern Ukraine, where some 6,400 people have been killed since the violence erupted between Kyiv’s forces and the rebels in April 2014.

The EU gets about 30% of its natural gas from Russia, which increased its gas supplies to Germany by nearly 50% in the second quarter of this year, Bloomberg reported on August 14.

“Why are we leading the charge in Ukraine?” Trump said.

In an August 14 campaign event, Trump said U.S.-Russian ties have become “pretty well-destroyed” under President Barack Obama and that if elected, he “would have a great relationship with Russia and [Russian President Vladimir] Putin.”

Asked whether he would roll back sanctions against Russia, Trump said: “It depends, depends. They have to behave also.”