Putin: Ukraine will build its future together with Russia 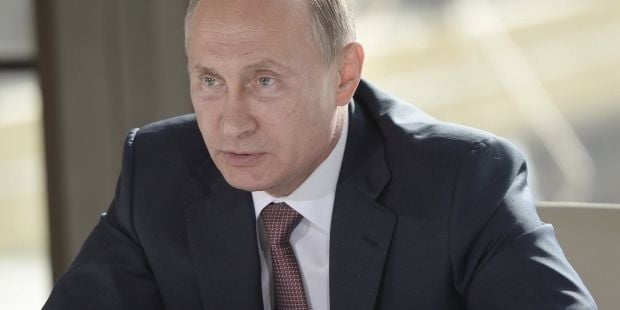 "Ukraine will rise to its feet and will develop positively, and build its future together with Russia," he said at a meeting with representatives of ethnic public associations of Crimea in Yalta on Monday.

"I am sure that despite all the difficulties of the current period of time, the situation in Ukraine will straighten out, and Ukraine will be developing positively," he said.

UNIAN's memo. Russia annexed the Ukrainian territory of Crimea in March 2014 after invading the peninsula with its troops, and then began to destabilize the situation in the Donbas. Later, the self-proclaimed Donetsk and Luhansk People's Republics (DPR and LPR) were created, with the direct participation of Russian special forces and the support of Russian army in Donbas, according to Ukraine.