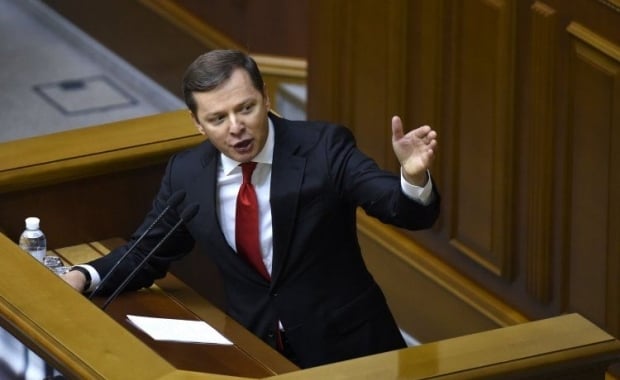 Lyashko and his Radical Party quit coalition / Photo from UNIAN

"Yesterday a new coalition was actually created in Parliament - with the Party of Regions,” said Lyashko

He noted that the faction of the Radical Party "sees it impossible to continue being in the coalition, which was actually destroyed yesterday by the hands of President Poroshenko and Chairman of Parliament Hroisman, who contrary to the position of the majority of the coalition factions submitted the issue of Constitutional amendments to Parliament’s consideration, which resulted in deaths on the Maidan near the Verkhovna Rada, these bloody provocations, which led to hundreds of victims."