Putin comments on appeal to annex DPR and LPR 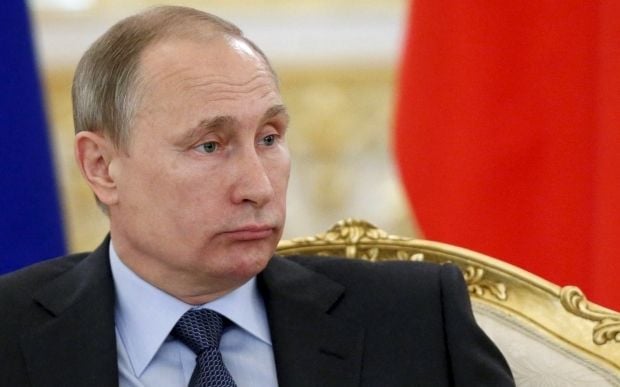 "We are with Donbas with heart and soul, but, unfortunately, such issues are not solved in the street. This is a serious issue that concerns the fate of the whole Russia and the people who live in Donbas," Putin said, commenting on the request of one of the travelers in Yalta. A man asked the Russian president to include Donbas in Russia, while Putin and former Italian Prime Minister Silvio Berlusconi were walking along the city's waterfront.

Commenting on the current situation in the east of Ukraine, Putin said that there was no alternative to the Minsk agreements to resolve the conflict, but it could be possible to think about the postponement of the implementation of agreements.

"Kuchma said about this, that they had no time to do everything. Actually, it is possible to think about the postponement, but it is better to believe that everything will be done in time," Putin said.

"All amendments to the Constitution, as well as the law on local elections should be taken in consultation with Donbas. There is no such coordination now. This is a key issue," Putin said.

According to Putin, the amnesty law should also be adopted.

"How can you conduct a dialogue with those who are under criminal investigation? It is necessary to put in force the law on a special status of these territories adopted by the Verkhovna Rada of Ukraine. These are key elements of a political settlement," he said.

As UNIAN reported earlier, according to the results of a survey carried out on request of the local authorities, less than one third of residents of the self-proclaimed Donetsk People’s Republic (DPR) terrorist organization were supporting separatists.

On August 31, the Verkhovna Rada approved in first reading the president-proposed Constitutional amendments regarding decentralization of power.