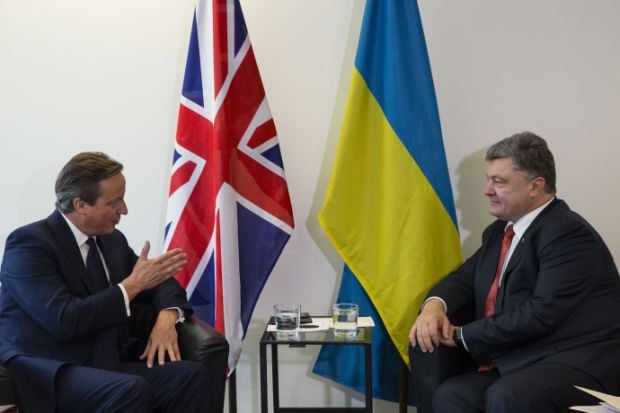 The President emphasized the importance of full implementation of the Minsk agreements, according to the President's website.

The parties agreed that holding pseudo-elections in the occupied territories on October 18 and November 1 would be inadmissible and would undermine the Minsk agreements.

President Poroshenko believes that such violation of the agreements should be followed by sanctions against Russia.

In turn, David Cameron assured of his willingness to further support Ukraine in the protection of its territorial integrity both politically and practically – by sending military instructors and providing targeted assistance to the Armed Forces of Ukraine.

As UNIAN reported earlier, a Russian delegation left the UN General Assembly hall during the speech of Ukrainian President Petro Poroshenko at the UN Sustainable Development Summit on Sunday, September 27.