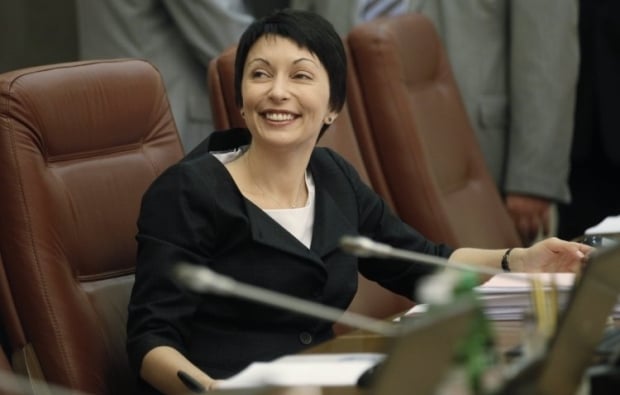 According to the ruling, Lukash shall remain in custody until December 29, unless she is bailed out for the the amount of 4,200 times the minimum wage, that’s according to an UNIAN correspondent reporting from the courtroom

After the ruling, Ms Lukash stated that she has no such funds available and hopes that her friends and colleagues will transfer the required sum.

Speaking about the possibility of an appeal against today's ruling, the suspect noted that her lawyers would examine this issue.

Former deputy head of the presidential administration Andriy Portnov shortly wrote on Facebook that Vadym Novinskiy, MP from the Opposition Bloc has transferred the required sum.

"The bail has been paid. We demand to immediately fulfill the ruling and release Olena Lukash from custody. I thank Vadym Novinsky, a good person, so much for  help and swift response!" wrote Portnov.

As UNIAN reported earlier, on November 5 the SBU reported on the detention of Ms Lukash, who has been on wanted list.

According to the Prosecutor General's Office, Lucash had “returned to Ukraine” and was detained in Kyiv. July 28, 2015, was stated as the date of the suspect’s disappearance.

The prosecutor's office said on Thursday, Lukash is suspected of embezzlement of UAH 2.5 million in state budget funds while holding office of the Minister of Justice, and also of forgery, resulting in grave consequences.