Ihor Kononenko announced that he suspends his functions of the first deputy chairman of the Bloc of Petro Poroshenko parliamentary faction for the period of investigation launched by the National Anti-Corruption Bureau of the statements by the Minister of Economic Development and Trade Aivaras Abramavicius, that’s according to the press service of the BPP. 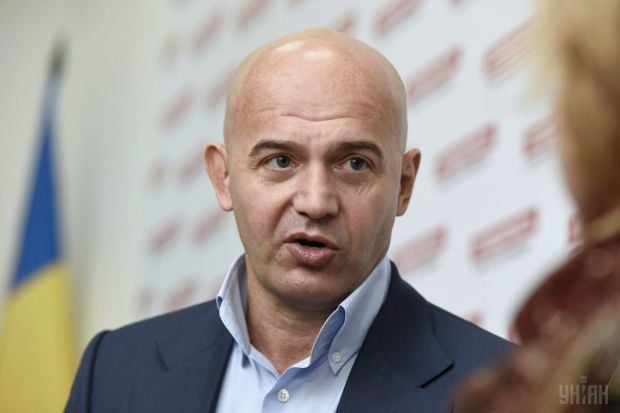 Kononenko noted that he filed and registered in NABU on Wednesday an appeal against the charges put forward by Ukraine’s Economy Minister.

Kononenko also suggested he pass, together with Abramavicius, a lie detector test regarding the accusations voiced.

"I propose and insist that I undergo a lie detector test with Mr. Abramavicius regarding the allegations put forward by him... I have decided to suspend myself from post of the first deputy chairman of the Bloc of Petro Poroshenko faction in the Verkhovna Rada for the period of the investigation, and I am asking the faction to support this decision," Kononenko said.

According to the Minister, the decision was taken in connection with political pressure from first deputy chairman of the BPP faction Ihor Kononenko and the Presidential Administration.

Ambassadors of European countries, U.S., and Canada issued a joint statement against the resignation of the Minister of Economic Development and Trade of Ukraine, urging the Ukrainian leaders to leave all selfish interests behind.