Ukrainian President Petro Poroshenko has signed notorious "party dictatorship" bill No. 3700 into law, which will let parties delete party candidates from their election lists after elections, according to an announcement on the page of the law on the parliament's official website. 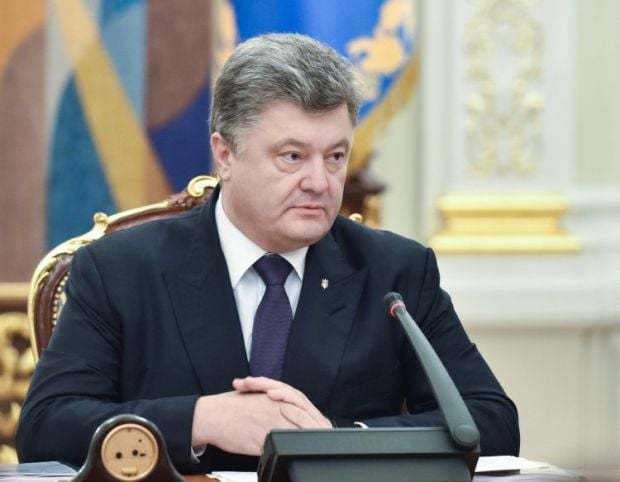 Despite the fact that lawmakers had refused to pass bill No. 3700, the Verkhovna Rada revisited the issue and adopted the document on February 16.

Parliament Speaker Volodymyr Groysman would table this bill in different wordings a few dozen times in the past few months to secure positive voting, but there had not been enough votes until that date.

Under the law, a party is allowed to remove any candidate who is considered to be not elected following elections at any time after the elections but before the Central Election Commission recognizes him or her elected.

The law is to be applicable to the lists of candidates nominated by the parties that participated in the October 26, 2014 election.

At the same time, NGO OPORA claims the law is a gross violation of citizens' electoral rights foreseen by the Constitution of Ukraine.

OPORA experts point to the fact that the law introduces the possibility of excluding candidates running for parliament from the election lists after the announcement of the results of voting on the basis of decisions taken by a party congress.

OPORA stresses that the law puts party interests above citizens' political rights, since their possible exclusion from the list after the vote has taken place violates their right to be elected, and voters who have voted for the list as it was have been deprived of the right to elect their representatives.

"Law No. 3700 provides a party's leadership with unlimited power to review the party's list of de facto elected members after the election results have been announced, which is contrary to the recommendations and conclusions of respected international organizations such as the Parliamentary Assembly of the Council of Europe and the European Commission for Democracy through Law (Venice Commission) saying that party dictatorship vis-à-vis people's representatives who have been elected is inadmissible," OPORA said.

"Reviewing the election list after the announcement of election results changes the content of voters' will expression," it added.

As UNIAN reported earlier, MP from the Petro Poroshenko Bloc (PPB) Serhiy Leshchenko earlier announced that the main cause behind the lobby of the law was the fact that the authorities had wanted to exclude Andriy Bohdan, a lawyer of UKROP Party leader Hennadiy Korban, from the PPB's party list.

Now Bohdan is on the so-called waiting list to get to parliament on the PPB's list again, that's why no PPB lawmaker can now leave the faction, for example, for work in the Cabinet.

The new law will let the PPB once and forever erase Bohdan's name from the party list.