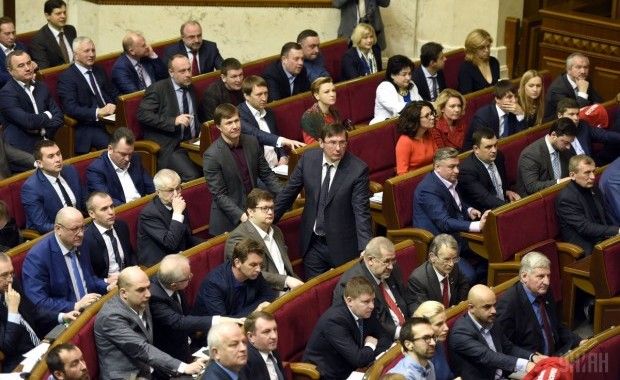 "During today's unprecedented joint political group leaders' meeting of both parliaments, we endorsed the recommendations of the report of the Needs Assessment Mission led by former EP President Pat Cox, which provides an ambitious roadmap for the reform and the transformation of the Ukrainian Parliament," reads the statement issued within the framework of "The Ukraine week" in the European Parliament on March 1, an UNIAN correspondent said.

The report contains concrete suggestions on improving the quality of its legislative process, its efficiency and transparency, and represents a joint ownership of all the factions and groups of the Verkhovna Rada.

"We have also expressed our joint commitment for the implementation of systemic reforms in Ukraine, underlined our unwavering support for Ukraine's territorial integrity and sovereignty and have stressed the importance of national unity and political consensus of all political forces in Ukraine in this difficult political period," the statement said.

Schulz and Groysman expressed hope that the reform process of the Verkhovna Rada "will unite the majority and the opposition for the common goal of increasing the credibility of the Parliament in the eyes of the society and turning it into a genuine backbone of Ukrainian democracy."

"The Ukraine week, which is ongoing these days in the European Parliament, demonstrates continued strong solidarity between our respective chambers, following the historic simultaneous ratification of the EU-Ukraine Association Agreement on September 16, 2014, and the joint Memorandum of Understanding we signed in Kyiv on July 3, 2015," the statement said.