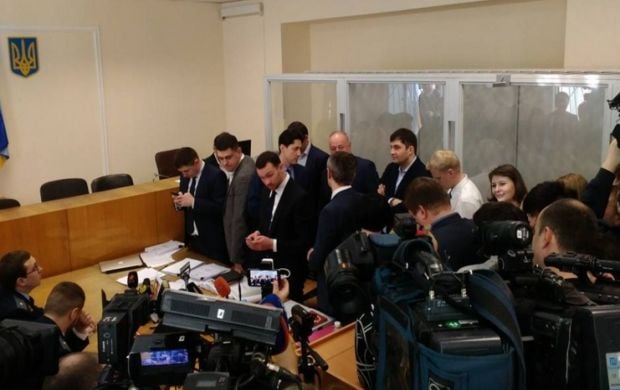 The relevant petition was announced by prosecutors Dmytro Makarov and Andriy Parshutin at the court hearing.

"We ask to apply the preventive measure of detention against the suspect Vitaliy Kasko with a bail in the amount of UAH 1.8 million," the prosecutors said.

As UNIAN reported earlier, on February 15, Kasko announced he would quit the office over corruption. His letter of resignation was later approved by Prosecutor General Viktor Shokin.

On Wednesday, Kasko claimed that the PGO was set to submit to Kyiv Pechersk District Court a motion for his arrest as a preventive measure.

Read alsoUT Exclusive: Ukraine's former deputy prosecutor general on highly corrupt systemThe Prosecutor General's Office continues to adhere to the illicit position that he is a suspect in a criminal case, Kasko told journalists after his interrogation in the PGO.