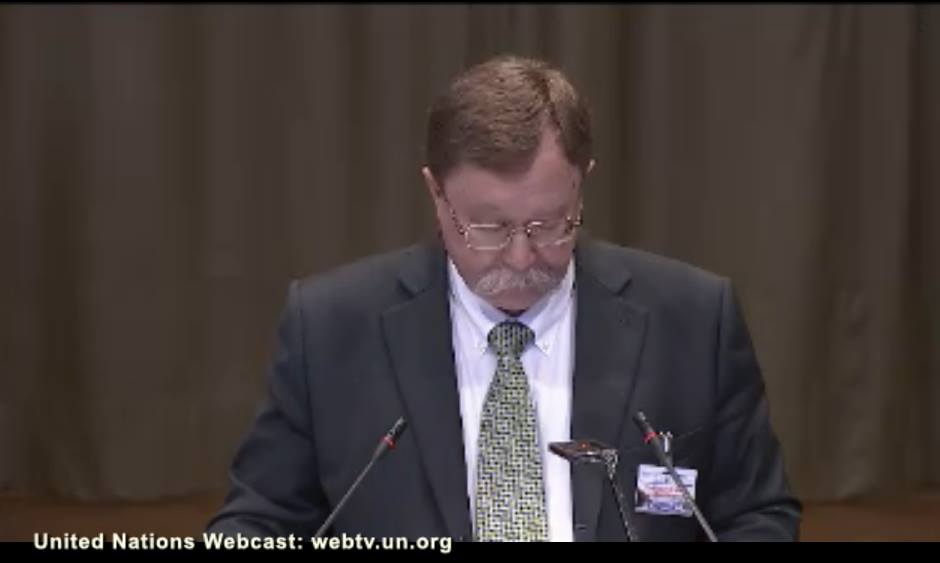 The representative of the defendant in the case Ukraine has lodged with the ICJ against Russia says that the Ukrainian army shelled civilian districts, violating Minsk Agreements, while Russia has nothing to do about it, and there are not terrorists in the occupied parts of Donetsk and Luhansk regions.

"[Russia’s representative] exploits the issue of a blockade, branding Ukraine the sponsor of terrorism; denies the results of the JIT investigation into the downing of MH17, accusing Ukraine of firing a BUK-M1 missile. A full package here. And this is just the beginning..." Zolotukhin wrote on Facebook.

The deputy minister highlighted the TOP-5 Russian lies voiced at the ICJ in The Hague:

1. Events in the east of Ukraine an internal Ukrainian conflict rather that military aggression. In fact, as noted by Mr Zolotukhin, Russian forces had started establishing corresponding paramilitary organizations in Donbas, financially supporting them and providing military training, as early as 2009, in the context of preparations for an active phase of aggression against Ukraine. Besides, Ukraine’s state bodies and public organizations of Ukraine have provided and continue to provide gigabytes of data evidencing the presence of Russian troops in the sovereign territory of Ukraine.

Read alsoMH17 case: Bellingcat spots possible organizer of relocation of deadly Buk (Photo)2. It is a lie that MH17 could be shot down by the Ukrainian military, which Russia claims could also be deployed in close proximity to the disaster site. The investigators have long established all the facts and aspects of the way the BUK-M1 missile launcher, which killed 298 people, was brought to the territory of Ukraine from Russia, being controlled by Russian mercenaries and terrorists they supervised and sponsored, and fired a missile from an already established location.

Read alsoRussia supplies tanks, missiles to "LPR-DPR" – SIPRI3. It is also not true that there are no Russian weapons and troops in Donbas.

4. Russia is also lying about the fact that Ukraine does not adhere to Minsk Agreements. The latest escalation in Avdiyivka was provoked by pro-Russian terrorists five hours after a telephone conversation between Vladimir Putin and Donald Trump. Volunteers spotted armored vehicles and heavy artillery in close proximity to the contact line, which is a violation of the norms of the agreements under the Minsk deal.

Read alsoZakharchenko "burning bridges": declares own "trade blockade" of Gov't-controlled areas5. Russia claims that the blockade evidences the fact that Ukraine itself is a sponsor of terrorism. At the Ukrainian enterprises, which the Russians have not yet managed to steal, citizens of Ukraine have been working, who receive salaries and pay taxes to the Ukrainian budget.

As UNIAN reported, the representatives of the Russian Federation today, March 7, during the hearings at the International Court of Justice in The Hague deny Ukraine’s accusations, claiming that there are allegedly no legislative or factual grounds for the introduction of provisional measures against Russia.