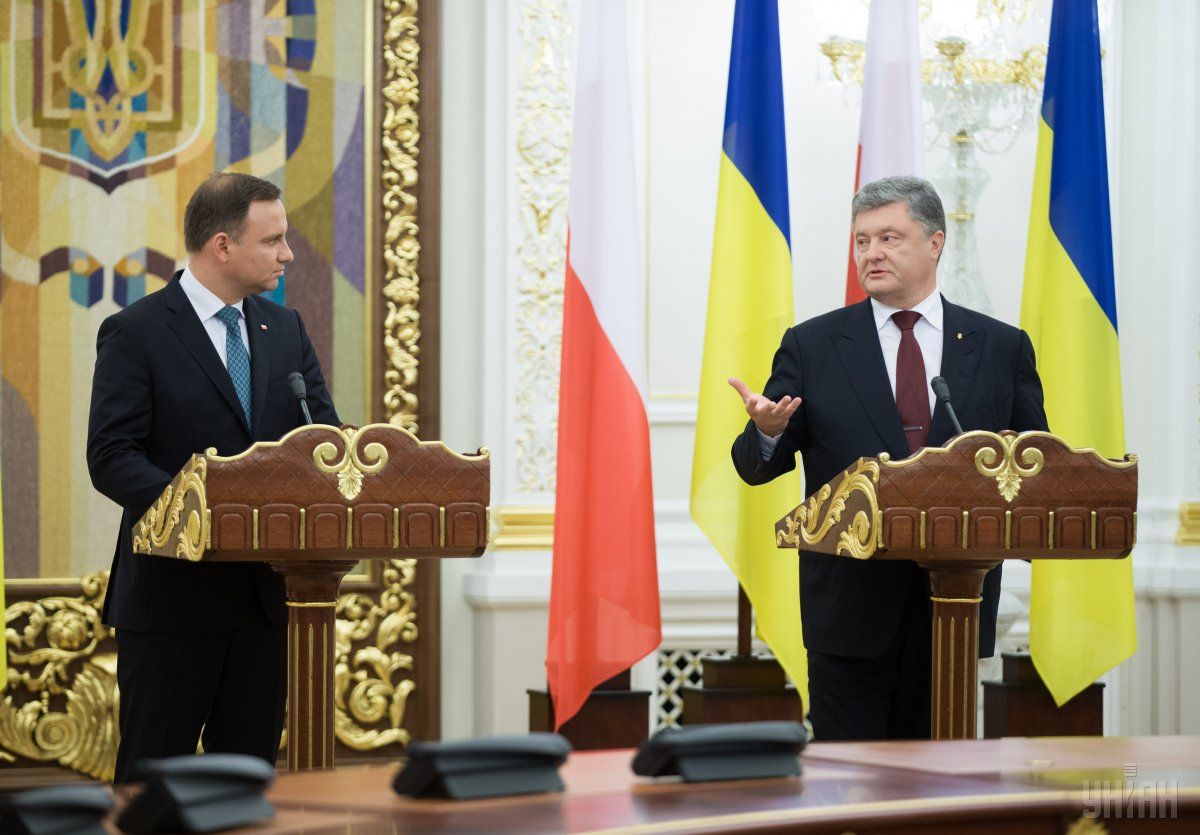 "The leaders of the two states agreed that no provocations should influence friendly Polish-Ukrainian relations. The interlocutors agreed to continue contacts at the highest level," Petro Poroshenko’s press service has told UNIAN.

As UNIAN reported earlier, the roof of the building of Poland’s Consulate General in the City of Lutsk was damaged overnight Wednesday, after being hit by an RPG26.

Polish Foreign Ministry has confirmed that no one was hurt in the incident.

The president strongly condemned the shelling and instructed that the law enforcers take urgent measures to investigate the incident and identify the perpetrators. The head of state also ordered that the security agencies strengthen the protection of foreign diplomatic institutions to prevent possible provocations.

In turn, Ukrainian Foreign Minister Pavlo Klimkin tweeted: "[I am] outraged by the provocation against the Consulate General of Poland in Lutsk, it's a mean act on the part of those who stand against our friendship with the Republic of Poland. We are doing everything to have the perpetrators punished."

If you see a spelling error on our site, select it and press Ctrl+Enter
Tags:PoroshenkoDudaprovocation