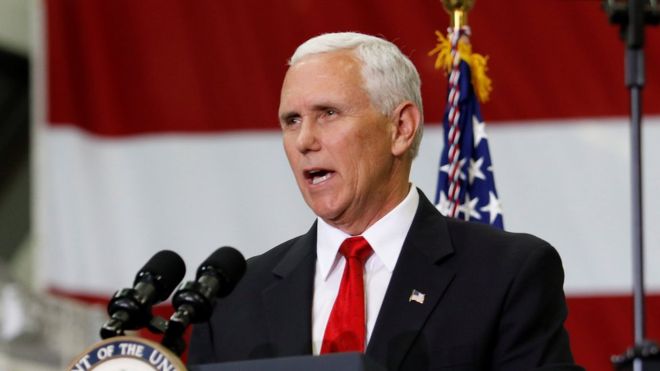 “And with the sanctions that President Trump will sign this week, codifying sanctions that have been in place by the United States, our country is sending a very clear message and calling on our European allies to join us in a very clear message that we mean what we say and say what we mean; that Russia’s destabilizing activities in Ukraine, their support for rogue regimes like Iran and Syria and North Korea, that their posture has to change,” Mike Pence said.

Read alsoPanama Papers first strike against Putin’s corruption - expertThe lifting of sanctions will require Russia “to reverse the actions that caused sanctions to be imposed in the first place.”

If you see a spelling error on our site, select it and press Ctrl+Enter
Tags:RussiaUkraineUSAsanctionsTrumpPence