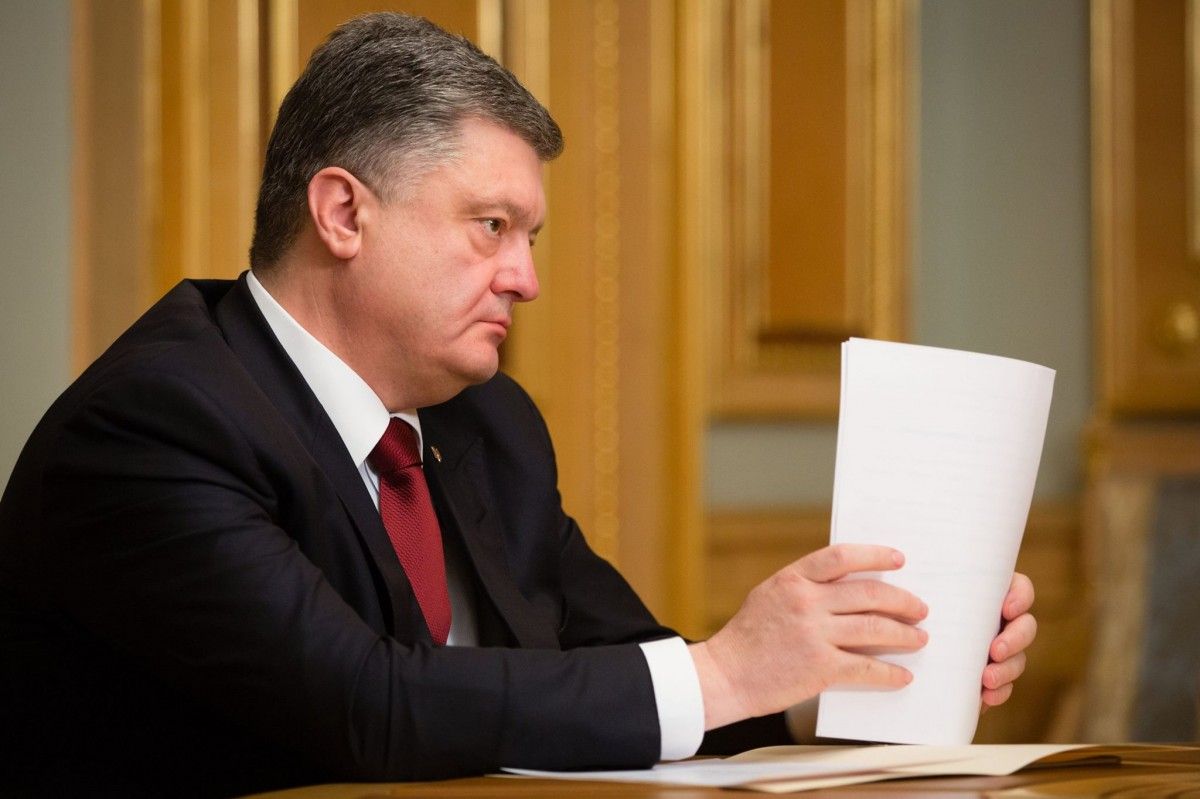 "No matter how absurd the charges against Ukraine may look, being responsible partners, we must carefully verify the information published by The New York Times on alleged deliveries of missile engines or related technology to North Korea,” the Ukrainian president wrote.

“Therefore, I immediately instructed that a thorough and comprehensive investigation into the situation be launched immediately, under the chairmanship of the secretary of the National Security and Defense Council of Ukraine and with the involvement of the Interdepartmental Commission on the Policy of Military-Technical Cooperation and Export Controls, as well as SE Yuzhmash [“Pivdenmash” in Ukrainian] and Yuzhnoye [“Pivdenne” in Ukrainian] Design Bureau, with a report to be provided within three days," the statement reads.

According to Petro Poroshenko, this will allow us to refute the assumption about the "Ukrainian trace."

Read alsoU.S. State Dept comments on reports on Ukraine's supply of rocket engines to DPRK"I am convinced that this will allow us to accurately confirm the far-fetched assumptions about the ‘Ukrainian trace’ in North Korean ballistic story and, probably, to identify the source and the intent of this baseless fake news," the head of state wrote.

According to Poroshenko, Ukraine faithfully adheres to the international non-proliferation regime.

Read alsoMedia reports on Ukraine engines for DPRK missiles provocation – Bankova"Having voluntarily disposed of the world’s third largest nuclear potential, we made a unique contribution to international security and would never allow ourselves to doubt our commitment to international obligations," he stressed.

As UNIAN reported earlier, on August 14, The New York Times posted an article, alleging that North Korea's success in its latest tests of an intercontinental ballistic missile that could probably reach the U.S. coast was due to the acquisition on the black market of powerful rocket engines, most likely originating from a Ukrainian plant.

Read alsoNYT expert explains his words about Ukraine's supply of missile technology to DPRKIn the article, the publication refers to the opinion of Michael Elleman, the expert who, according to media reports, took part in programs on disarmament and dismantling of obsolete Russian missiles. The media also noted his wife, Tatyana, being previously photographed in Russian military uniform.

In response to the said report, Secretary of the National Security and Defense Council of Ukraine Oleksandr Turchynov stated that the Ukrainian defense companies had not supplied rocket engines and missile technology to the North Korean regime.

On the morning of August 15, Prime Minister Volodymyr Groysman called a provocation the media reports about the alleged deliveries of missile engines to North Korea by the state enterprise Yuzhmash.

According to the State Space Agency, the technology for the production of engines for military missiles and the products themselves could not have come from the territory of Ukraine to North Korea, as Ukraine strictly abides by international legislation restricting the proliferation of military missile technology.

If you see a spelling error on our site, select it and press Ctrl+Enter
Tags:PoroshenkoUkraineinvestigationNorthKoreaNKoreaDPRKmissiles