Belarus offers to deploy its peacekeepers in Donbas 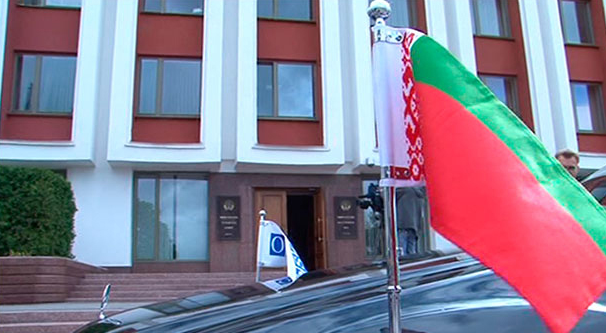 "If necessary, we are ready to deploy the appropriate peacekeeping contingent. That's if it is acceptable to all interested parties, and in order to participate in performing peacekeeping tasks," Makei said.

The official says Belarus is interested in establishing "peace, stability, and tranquility" in the east of Ukraine as soon as possible.

He also recalled that back in October 2014, President of Belarus Alexander Lukashenko spoke of his readiness to send peacekeepers to Donbas.

Moreover, Makei stressed that Belarus was ready to continue to provide a venue for meetings of the Trilateral Contact Group on the Donbas settlement in Minsk.

Read alsoRussia must not be among UN peacekeepers in Donbas - Ukraine defense ministerAs UNIAN reported earlier, according to Ukrainian observers, during the Russian-Belarussian exercises "West-2017"  held September 14-20, military units carried out offensive operations, defeated the conditional enemy in areas of concentration, at airfields, and routes of nomination.

Belarus was one of the few European countries whose delegation on Tuesday voted against the UN Resolution on the Situation of Human Rights in the Autonomous Republic of Crimea and the city of Sevastopol, Ukraine.

UNIAN memo. On September 20, Ukrainian President Petro Poroshenko appealed to the UN Security Council on the deployment in Donbas of a peacekeeping mission. Speaking at the general debate of the 72nd session of the UN General Assembly, he stressed that the UN peacekeeping mission should be deployed throughout the entire occupied Donbas, including the border with Russia.

In turn, the Russian Federation declares that a full-fledged peacekeeping operation in the occupied Donbas is unacceptable from the perspective of Minsk agreements, and insists that UN peacekeepers should be deployed only along the line of demarcation in Donbas to ensure the safety of the OSCE Special Monitoring Mission's observers.

If you see a spelling error on our site, select it and press Ctrl+Enter
Tags:DonbasUkraineBelaruspeacekeepers