Minsk talks on Donbas: Date for POW swap to be appointed soon 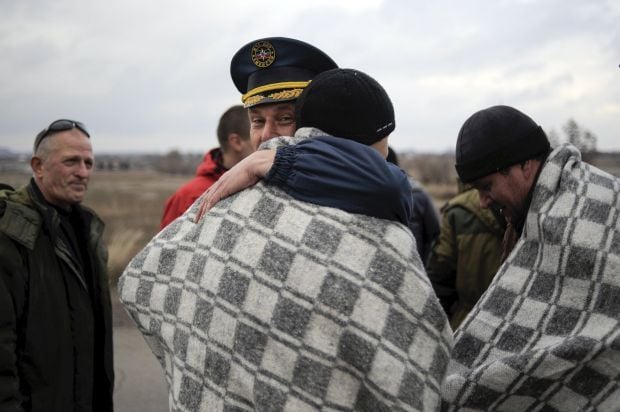 "The Trilateral Contact Group with participation of representatives of the certain areas of Donetsk and Luhansk regions has certified the readiness of the parties to exchange detained persons in keeping with already verified lists and to promptly agree on the procedure of the swap and its date, based on the aspiration to complete the exchange before the New Year and Christmas holidays," she wrote on Facebook on Wednesday evening.

In addition, she said, Ukrainian members of the security subgroup drew attention in Minsk to the behavior of a member of the OSCE Special Monitoring Mission who greeted as friends and communicated with a militant from the self-proclaimed "Luhansk People's Republic (so-called ORLO)." "We consider this behavior and smiles of ORLO representatives during the transfer of soldiers' bodies to be unacceptable," she added.

Read alsoСapture of Ukrainians by Russian special services instrument of "hybrid" war - British MPAs UNIAN reported earlier, the adviser to the SBU Security Service's chief, Yuriy Tandit, announced that the Ukrainian side was ready to exchange 306 militants imprisoned in Ukraine for 74 Ukrainian citizens, including POWs, captured in Donbas.

Russian President Vladimir Putin on November 15 told his Ukrainian political operative Viktor Medvedchuk that he would "do everything in his power" to facilitate an exchange of prisoners between militants in Donbas and the Ukrainian government. Putin was reported to have held a telephone conversation with the leaders of Russian-backed militants in Donbas in what appears to be the first ever Kremlin-confirmed communication with the militant chiefs.

Member of the Minsk Trilateral Contact Group's humanitarian subgroup and First Deputy Parliament Speaker Iryna Gerashchenko said in turn that 162 Ukrainians had been held captive in occupied Donbas as of November 24. The whereabouts of 94 of them were established.

If you see a spelling error on our site, select it and press Ctrl+Enter
Tags:DonbashostagesPOWexchange