He will also speak with PM Shmyhal, top diplomat Kuleba and representatives of civil society. 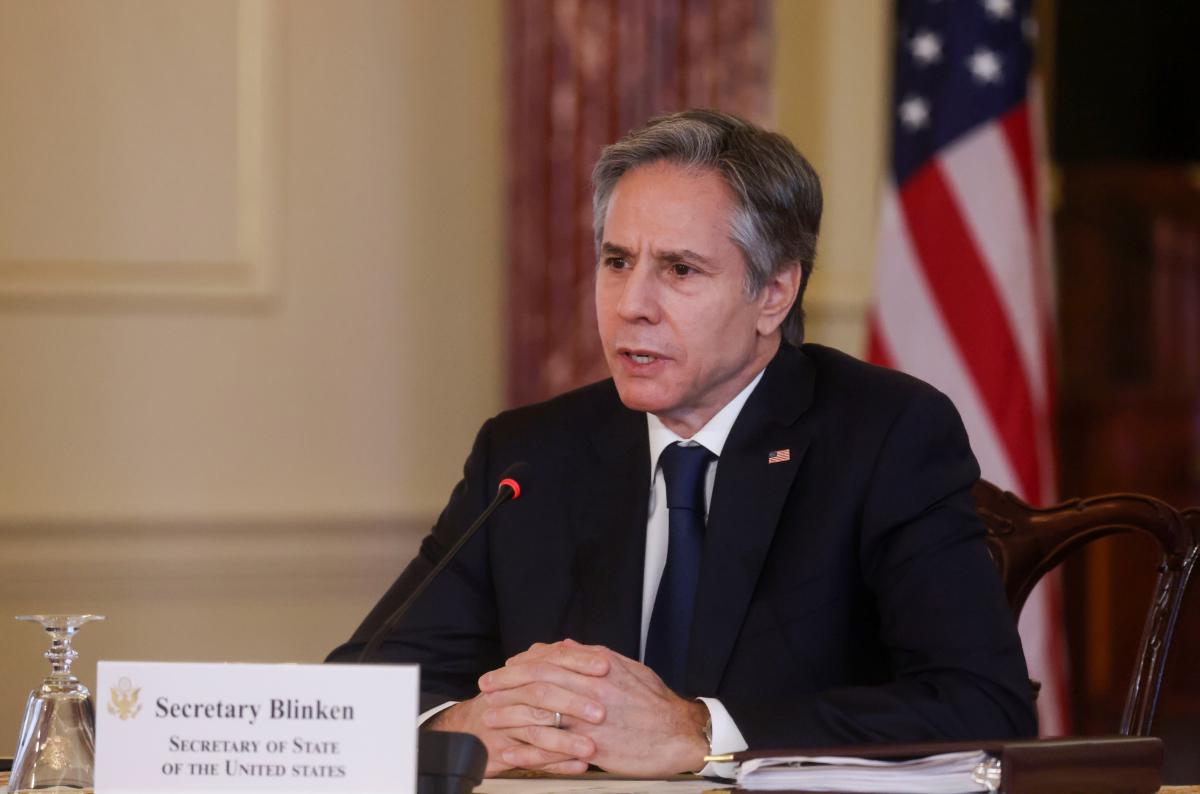 U.S. Secretary of State Anthony Blinken during his visit to Ukraine on May 5-6 is set to meet Ukrainian President Volodymyr Zelensky and hold a number of other meetings, including with Prime Minister Denys Shmyhal, Foreign Minister Dmytro Kuleba, other officials, and representatives of civil society, the U.S. Embassy in Kyiv elaborated.

Blinken is set "to reaffirm unwavering U.S. support for Ukraine's sovereignty and territorial integrity in the face of Russia's ongoing aggression," the U.S. State Department spokesman said in a statement.

U.S. Secretary of State Antony Blinken will visit Ukraine next week, he announced in an interview with CBS News.

Ukraine's Foreign Minister Dmytro Kuleba in an interview with RFE/RL said the key agenda of Blinken's visit includes security issues, as well as energy sector. The foreign minister also hopes for U.S. assistance in carrying out reforms in Ukraine.

If you see a spelling error on our site, select it and press Ctrl+Enter
Tags:KulebaZelenskyShmyhalAntony Blinken